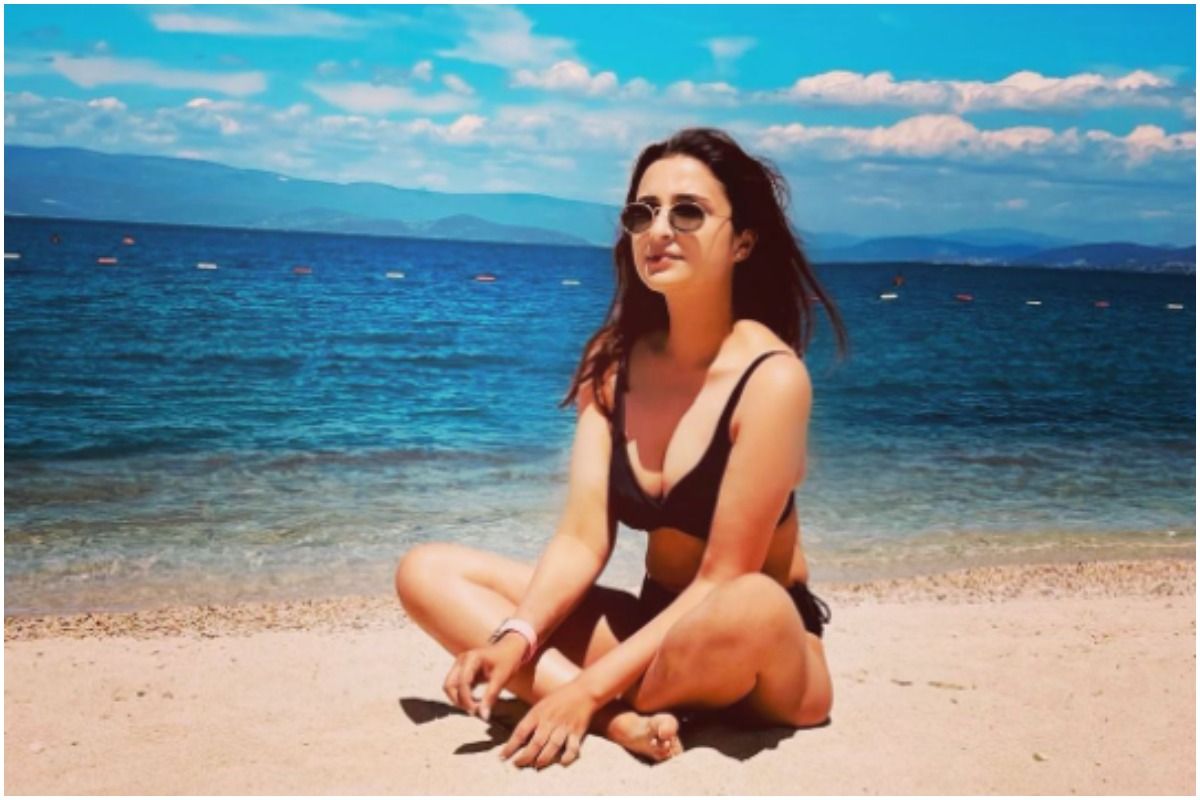 Parineeti, who is currently holidaying in Turkey shared a picture in which she can be seen sitting on a beach in a black bikini. The picture is already setting the internet on fire. Sharing the picture, Parineeti wrote, “I was doing Pranayama before this photo. Ok thats a lie.” Also Read – Parineeti Chopra Talks About Getting Back On Track After a Difficult Phase | Sandeep Aur Pinky Farrar

Global icon Priyanka Chopra took to the comment section mentioning she’s jealous of Parineeti. “I’m soooo jealous,” she wrote. Even Bollywood designer Manish Malhotra wrote, ‘Uffff’ along with a love emoji. Even Parineeti’s fans could not resist but shower love on the actor. While the comment section of her post is filled with heart emojis, one of the social media users wrote, ”Omggggg?? stay happy always!!” Also Read – Parineeti Chopra on Facing Sexism in Real Life: ‘Contractors Working on Home Don’t Talk to Me Properly Because I’m Woman’

Meanwhile, on the work front, Parineeti Chopra thanked everyone for praising her work in Sandeep Aur Pinky Faraar and Saina. She mentioned that the IMDb rating for Sandeep Aur Pinky Faraar increased significantly from 1 to 6.3 after the movie was released on Amazon Prime Video. During an Ask Me Anything session on Instagram, a fan asked her if she believes in IMDb ratings to which the actor replied, “The rating for SAPF jumped from 1 to 6.3 after the audience watched it.”

Parineeti will be next seen in Sandeep Reddy Vanga’s Animal along with Ranbir Kapoor and Anil Kapoor.