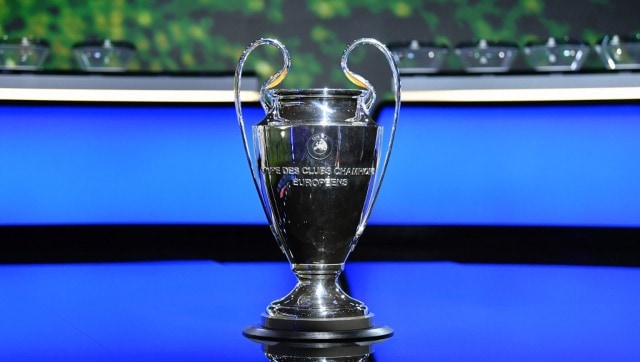 Ahead of the second-leg fixtures, let’s take a quick look at the major talking points from the UEFA Champions League semi-finals:

With the first leg semi-final matches of the UEFA Champions League done, there are only a couple more days until we learn who the finalists of this season will be. Manchester City find themselves in the best possible position to progress, after beating Paris Saint-Germain in the first leg thanks to goals from Kevin de Bruyne and Riyad Mahrez. In the other tie, it’s still anyone’s game, as a wasteful Chelsea were unable to make the most of their chances in their first-leg match against Real Madrid, giving los Blancos a great chance to fight their way back into the contest.

Ahead of the second-leg fixtures, let’s take a quick look at the major talking points from the UEFA Champions League semi-finals:

Can PSG continue their away streak?

Paris Saint-Germain have looked at their most lethal when playing away from home this season, and on Tuesday night, they’ll hope to keep it up when they travel to Manchester to face Pep Guardiola’s City at the Etihad. Of the five matches that PSG have played at home in the Champions League, they have won just two, while also losing to Bayern Munich and Manchester United. In contrast, they have won four out of five games played away from home, including an impressive 4-1 win over Barcelona. Of course, this really doesn’t factor in Manchester City’s sheer dominance this season, and the fact that the Premier League leaders are still unbeaten in the Champions League should still be a real cause of concern for Mauricio Pochettino. The French wunderkind was kept quiet by Manchester City in the first leg, but with the explosive speed and natural finishing ability he possesses, there’s always a high probability of him affecting the outcome of a game. Unfortunately for Paris Saint-Germain, his fitness is a major concern ahead of the game. After almost missing the first leg with a thigh injury, Mbappe was benched for the weekend Ligue 1 game against Lens with a calf problem. While he has travelled along with the rest of the PSG squad, there are no guarantees that Mbappe will start the tie, and should he be resigned to a substitute appearance, there are a number of capable players Pochettino could still turn to. Chief among these alternatives is Mauro Icardi, whose goal-scoring prowess makes him a real threat for any team. Another option that Pochettino has at his disposal is Julian Draxler. Draxler is a versatile player who does well in a multitude of positions, and against both Bayern and Barcelona, he was tasked with playing in a more attacking role than he is typically used to.

Chance for Sergio Aguero to sign off on a high?

Sergio Aguero has flown under the radar in what is his last season at the club, with injuries and a lack of form severely hampering his playing time. In Manchester City’s weekend win over Crystal Palace, however, he did manage to feature as Pep Guardiola rotated his squad, and he took his opportunity with both hands, scoring a clinical goal for his side. While he is unlikely to start against PSG, his goal could encourage Guardiola to call on him during a difficult moment, and a goal in a Champions League semi-final would be the perfect way for the Argentine striker to draw the curtain on his Manchester City career.

Will Chelsea’s spurned chances haunt them?

Despite having had a couple of lean years in terms of Champions League trophies, Real Madrid still maintain an undeniable aura of invincibility in the competition, so it doesn’t quite feel right to say that Chelsea will be disappointed with the first-leg draw against them. However, truth be told, Thomas Tuchel’s side could really have walked with an impressive win and been in complete control of the tie right now, had they just been more clinical in taking chances. Amongst the most grievous of transgressions was that of Timo Werner, who threw away a gilt-edged opportunity to score after finding himself one-on-one with Thibaut Courtois, and should Chelsea fail to see off Real Madrid, his miss could be looked at as the moment in which they lost the tie. Timo Werner vies for the ball with Eder Militao. AP

Real Madrid will be looking at this second-leg tie as a new lease of life, a chance to address their shortcomings from the first match and really hurt Chelsea, like they have done on several occasions in this competition. Madrid are also a more versatile side than Tuchel’s Chelsea, and it’s unlikely that they will go into the second match with the same tactical naivete that saw them fall prey to their English opponent’s counter-attacks with such alarming regularity.

Mateo Kovacic to make the difference?

Luka Modric and Toni Kroos have proven their mettle time and again for Real Madrid, and there’s no doubt about their skill on the ball and their ability to dictate the tempo of a game with an excellent range of passing. However, one area in which they have struggled in recent seasons in their dynamism, and against Chelsea, it was quite apparent that they lacked the necessary pace and stamina to keep up with N’Golo Kante. Kante was a constant thorn in the side of the Real Madrid defence, and he kept breaking past the midfield and running head-first onto furiously back-pedalling defenders. On his own, Casemiro could not do much, and both Modric and Kroos could not catch up to the Chelsea man in time to prevent him from playing a ball out to the attacking players.

In the first leg, Kante was paired up with Jorginho, who largely stuck to a more defensive role and picked out key passes like a quarterback. This did trouble Madrid to an extent, but it didn’t have nearly as much impact as Kante’s forays into their final third. For the second leg, Chelsea will, in all likelihood, be able to call upon Mateo Kovacic as well, who is significantly more mobile than Jorginho and is also an excellent passer of the football. With Kovacic and Kante working in tandem, Chelsea could overwhelm the slower and less athletic midfield trio of Modric, Kroos, and Casemiro, allowing the Blues to launch counter-attacks even faster.

The past week has not had much good news for Zinedine Zidane, with injury after injury decimating his squad. The most pressing issue is the absence of Raphael Varane, who picked up an injury to his right abductor muscle in a match against Osasuna on Saturday. The Frenchman was one of a handful of Real Madrid players who had a decent outing in their first-leg encounter against Chelsea, and he thwarted the likes of N’Golo Kante, Christian Pulisic, and Timo Werner all by himself on a couple of occasions. To make matters worse, his natural replacement Sergio Ramos is still facing a race against the clock in his bid to be fit enough to start against Chelsea. The Real Madrid captain was sidelined for an extended period due to a calf injury and a positive COVID-19

test, and even if he were to start, his lack of game-time in recent months could hurt his team. In addition to Zidane’s centre-back issues, Real Madrid right-back Dani Carvajal is also a doubt for the match, after picking up a hamstring injury during a training session.