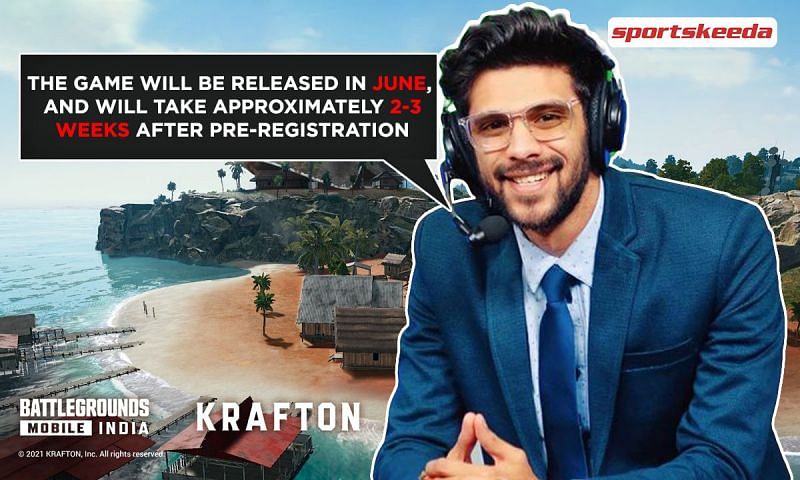 Earlier today, it was announced that pre-registrations for Battlegrounds Mobile India would begin on May 18th, initially only for Android users on the Google Play store.

As a result, the gaming community is ecstatic because the moment everyone has been waiting for a long time has finally arrived.

Ocean Sharma, a professional esports caster, shared his thoughts on the game’s release and the pre-registrations with Ajay Assudani.

“As I previously mentioned, there will be two major announcements in May. Here is another one. The pre-registration for Battlegrounds Mobile India Android users will go live on May 18th. Because Krafton cares about its community, I am hoping to see pre-registrations for IOS as well, though I am not sure, because things take time on the App Store.”

“I am sure that the game will be released in June; however, it will take approximately 2-3 weeks after pre-registration for the game to be available to everyone.”

“The website shows the option to download it from the Play Store, but the link provided does not work because the APK Package has not yet been uploaded and will be done on May 18th.”

“Let’s see who can get their hands on the pre-registered version of the game. Some devices with VPN or another country set may not be able to do so as well.”

“Also, those who pre-register will receive some special in-game rewards such as BP and outfits.”

There have been a lot of developments coming almost daily in the official handles of the game, so players can follow them to stay updated: