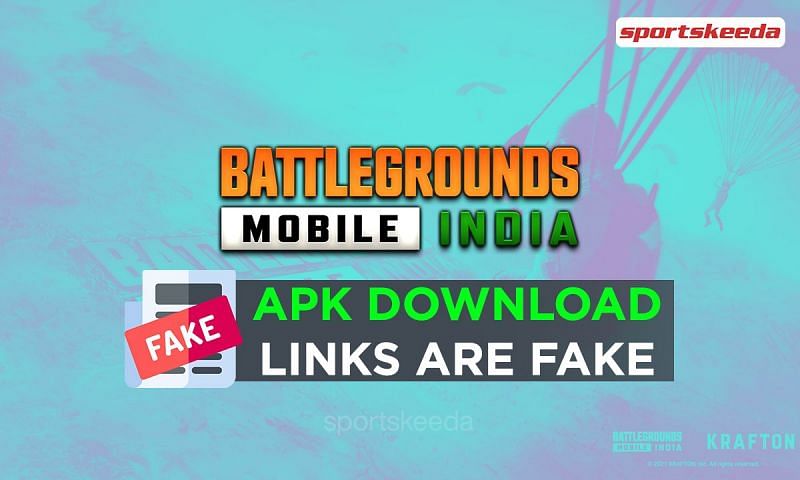 Following Krafton’s announcement of Battlegrounds Mobile India on May 6th, the internet has been flooded with numerous download links for the game.

However, all these links are fake as the official release date of the title has not even been released yet.

The Indian mobile gaming community were dealt a massive blow when PUBG Mobile was banned in the country in September last year. Fortunately for fans, an Indian version of the game was announced by Krafton in November. A few days ago, it was revealed that this version would be called Battlegrounds Mobile India.

As stated earlier, all Battlegrounds Mobile India APK download links on the internet are fake since Krafton is yet to announce the game’s exact release date.

Moreover, Battlegrounds Mobile India’s launch will be preceded by a pre-registration phase. Details for this phase are yet to be announced by the developers.

Players are advised not to download or install any such APK files under any circumstances as they are likely malware disguised as the game.

These files can cause significant damage to a device and could pose a threat to the user’s privacy and data.

According to an exclusive statement given by Ocean Sharma, a professional caster and PUBG Mobile content creator, to Sportskeeda Esports, Battlegrounds Mobile India will be available by June this year. Players can read his comments here.

See also  An agreement reached, but this isn’t over yet- Technology News, Technomiz

All players are advised to wait for the official announcement of the Battlegrounds Mobile India pre-registration and the release of the official APK file of the game.