Gandhi’s protest, ejection from train in South Africa in 1893 commemorated by organisations across world-World News , Technomiz

Gandhi’s years in South Africa shaped his philosophy, especially as it relates to peace and non-violence, the chairman of the Pietermaritzburg Gandhi Memorial Committee said. 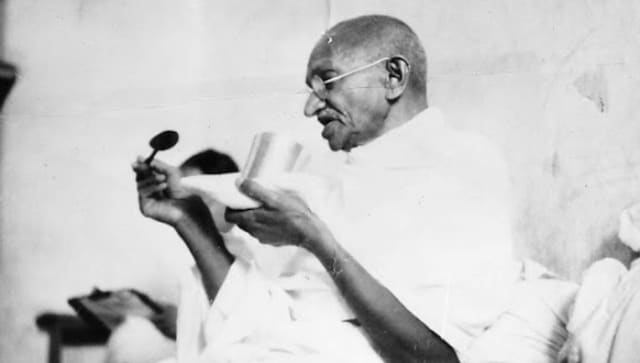 Johannesburg: Commemorating Mahatma Gandhi’s ejection from a train in South Africa’s Pietermaritzburg in 1893, various speakers from across the world discussed the relevance of the messages of the Father of the Nation on 8 June.

The Pietermaritzburg Gandhi Memorial Committee decided some years ago that the story of 7 June, 1893 and its impact on young Gandhi would be told every year on its anniversary, said David Gengan, chairman of the Committee.

The seed of satyagraha (non-violent resistance) was planted right here in Pietermaritzburg on the night of 7 June, 1893, he said.

Gandhi’s years in South Africa shaped his philosophy, especially as it relates to peace and non-violence, Gengan said, explaining that while the event had been commemorated at the station where the incident occurred, they had been unable to do so since last year because of the COVID-19

Gandhi’s granddaughter Ela Gandhi, 80, who heads the Gandhi Development Trust which oversees the Phoenix Settlement that he started during his tenure in Durban, said that during the course of his life, Gandhi discovered many truths.

“These truths, I believe, are of great relevance for us today as we face the challenge of dealing with the COVID-19

pandemic. As we struggle with the COVID-19

realities, we are becoming aware of the need for a change in our perception and behaviours to create a new normal,” she said.

Ela said that in this context, Gandhi’s seven observations have attained even greater significance.

Sello Hatang, chief executive of the Nelson Mandela Foundation, said Gandhi’s observations were something that can be attained by all human beings.

“It is when we try our best to be better humans that we build a world that (Mandela and Gandhi) dreamt of, a world that cares about the downtrodden, the forgotten, those who feel that they are the outcasts,” Hatang said.

Javie Ravjee of the Mahatma Gandhi Remembrance Organisation in Johannesburg, which has revived the Tolstoy Farm commune started by Gandhi during his stay in the city after it had been left derelict for several decades, called for all similar organisations across the globe to form an association. Dr Sriram Sonty from Chicago agreed with this idea.

“We should create a global association of all Gandhian networks where we can come together and make a statement and a mass protest across the globe, like they did for Black Lives Matter,” Sonty said.

On the issue of self-sufficiency and self-reliance as espoused by Gandhi when he set up the Phoenix Settlement, Ela said it was indeed still relevant today. “Materialism is the cause of every issue that is taking place. The wars are because of resources. As long as wealth and money become the centre of our lives, we are not going to be able to change. The Phoenix Settlement’s message is that there are other things much more important than wealth, and that is what we need to look at and develop. It is very relevant today, more than ever before,” Ela said.

Professor Prasad Gollanapalli from the Gandhi King Foundation in Hyderabad said that there should be a deeper understanding of Gandhi that should be taken to the younger generation, especially at colleges and universities.

On the fateful night of 7 June, when Gandhi was on his way to Pretoria from Durban, a white man objected to his presence in a first-class carriage, and he was ordered to move to the third-class compartment.

Gandhi had a valid first-class ticket and refused to obey the orders, following which he was thrown out of the train at Pietermaritzburg station. He had stayed at the station that night.

The incident strongly influenced Gandhi’s decision to fight racial discrimination in South Africa and later the freedom struggle in India.