Everything announced so far regarding the PUBG Mobile India comeback

PUBG fans in India have ample reason to celebrate after developer Krafton Inc. recently announced the Battle Royale’s return to the subcontinent.

In September 2020, the Indian government imposed a complete ban on PUBG Mobile and many other applications. Gamers had a tough time accepting the ban as it triggered a wave of discussion in the Indian gaming community.

Ever since the ban, developers have addressed the needs of the Indian community and worked to reinstate PUBG Mobile in India. Krafton Inc. has kept its promise by officially announcing Battleground Mobile India. This game is exclusively for the Indian gaming community.

This article will focus upon the new PUBG Mobile variant and provide gamers with every significant announcement.

The popular game is set to return to India after being suspended by the government over “security concerns.” Krafton Inc. has officially announced the launch of the regional version of PUBG Mobile, rebranded as Battlegrounds Mobile India.

The developers have assured gamers that the game will be similar to the original PUBG Mobile. Battlegrounds Mobile India will be released exclusively with in-game events and outfits. These events, event-specific outfits and other items were extremely popular among gamers, and therefore, Krafton Inc. has chosen not to compromise on them.

Following the recent launch tradition by other major titles, Battleground Mobile India will have a pre-registration phase before the official release. This will probably give gamers some time to beta test the game. However, nothing has been confirmed about the beta phase of Battlegrounds Mobile India.

The South Korean developers also mentioned that they’d be working with partners to build a proper Esports ecosystem in the country. According to the official announcement, privacy and data security remain a major priority on their list. 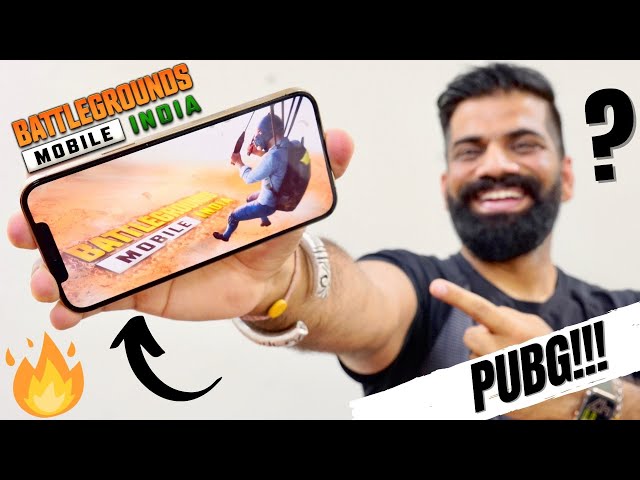 The Indian gaming market was thriving for PUBG Mobile as millions of people used to play this game. With the ban, developers lost a huge chunk of their revenue generated from the Indian community. Therefore, Krafton Inc. has assured everyone that they’ll be working in full compliance with all regulations to avoid future bans.

PUBG New State, the newest addition to the PUBG family, is all set to get its beta released globally. The game is futuristic, as seen in the previews. However, it won’t be available for India, Vietnam, and China. For now, Indian gamers will have to be satisfied with the return of PUBG in a completely new avatar.