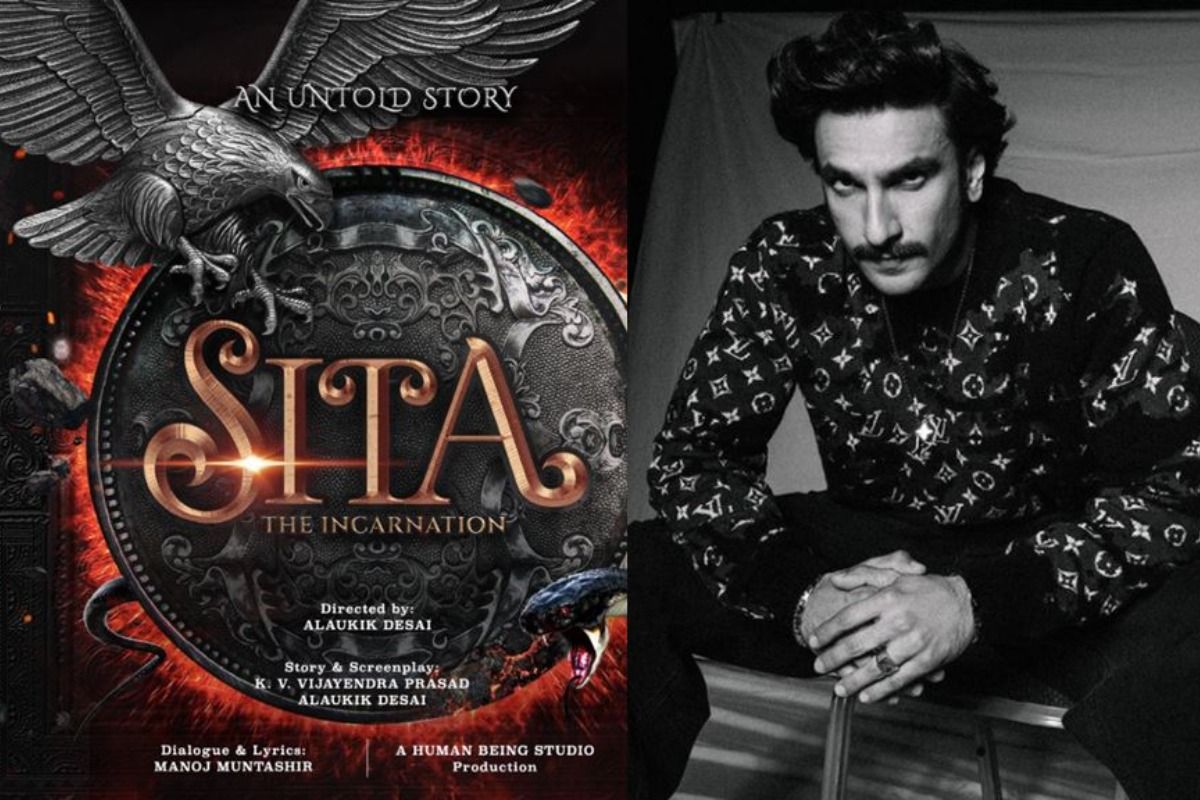 Mumbai: There are several Bollywood films on the concept of the mythological drama Ramayana. Be it Prabhas-Saif’s Adipurush or Madhu Mantena’s Ramayana 3D, viewers enjoy watching in all versions. Here’s another version of Ramayan that the audience will notice and this time it’s from the Baahubali writer. Titled ‘SITA- The Incarnation’, the movie will have Writer KV Vijayendra Prasad conceptualizing Ramayana from Sita’s perspective. Director Alaukik Desai will be helming the project. Now, entertainment portal Bollywood Hungama has reported that Ranveer Singh has been approached to play Ravana in the film Sita. Also Read – Deepika Padukone Tests Covid-19 Positive After Her Family Contracts The Virus

With grace of Goddess Lakshmi I am thrilled to announce my dream project, SITA- The Incarnation. It’s a pleasure to have #KVVijendraPrasad Sir as writer and @manojmuntashir Sir for Dialogue and Lyrics.
??Jai Sita Ram?? #Sita_the_incarnation pic.twitter.com/DnrSyUL071 Also Read – Mini Mathur Gives Back To Troll Who Asks If Kabir Khan is Bankrupt After Ranveer Singh’s 83

A source close to the development tells a publication, “Sita will be mounted on a huge scale and the magnitude of the film will be as big as a Baahubali. While it’s a toss-up between Kareena and Alia for the main role, the makers (director Alaukik Desai) have approached Ranveer Singh to play Ravana. Yes, if this happens, it might be the first ever film that Ranveer and Kareena will be doing together. They were supposed to do Ram Leela but it didn’t work out. From what we know, both Bebo and Ranveer have loved their parts and are waiting for the final narration to give a go ahead to the project.”

According to the makers, Sita- The Incarnation will take the audience on a VFX based journey of India’s mythological magnum opus. The film will release in Hindi, Tamil, Telugu, Malayalam and Kannada.

We are waiting for confirmation from the actor and makers. Till then, watch this space for more updates!