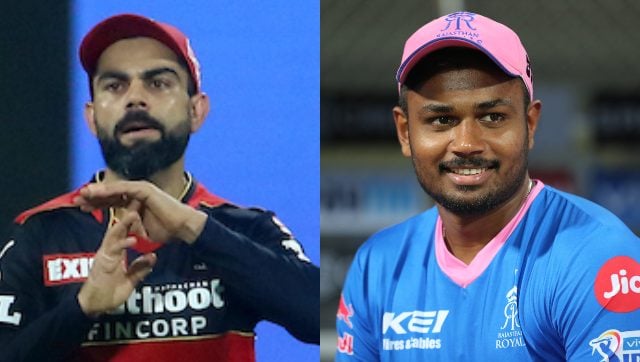 IPL 2021, Live Cricket Score, Royal Challengers Bangalore (RCB) vs Rajasthan Royals (RR): RCB are the only side left with 100 per cent winning record in the tournament. However, they now shift base from Chennai to Mumbai. RR have been in Mumbai from the start of the tournament and while they are not in the best of form, the fact that they are well aware of the conditions could give them some edge over Virat Kohli and Co. Stay tuned for more updates as we build-up to the match.

RCB have long endured the tag of perennial underachievers but are flying high at the moment in the IPL 2021 with three wins from as many games. In fact they are the only team with 100 per cent win record in the tournament now.

With six points already in the bag, RCB have one leg almost in the playoffs but Virat Kohli knows it better than anyone that the job is far from over. The team cannot afford to be complacent and that will be the aim as they seek the fourth consecutive win of the season against RR. Apart from complacency, RCB also have the challenge of quickly adapting to new conditions in Mumbai. All of their three matches had taken place in Chennai. RCB’s winning streak has been a result of their players performing well in all departments. Their only area of concern at the moment is the lack of runs from the openers. Both Kohli and Devdutt Padikkal are yet to play an innings of note.

On the other hand, RR are on a sticky wicket losing two out of their three matches. Their only victory came against Delhi Capitals. They come into the match after losing to Chennai Super Kings by 45 runs. The defeat was down to RR’s batting collapse and in the absence of Ben Stokes their middle-order looks extremely brittle and heavily reliant on young Indian players.

Sanju Samson has a tough task on his hand to inspire a young group of players against RCB, a team with a solid mix of seasoned and young cricketers. However, RR go into the match with one advantage and that is the knowledge of the conditions at the Wankhede Stadium. RR have played all their matches in Mumbai so far and that could help them against RCB.