TVS Motor Company on Thursday said it has appointed Robert Hentschel as the Chief Executive Officer (CEO) of iconic British brand Norton Motorcycle, which it acquired last year. Hentschel replaces John Russell who steps down from his role as an interim CEO. Besides, Vittorio Urciuoli has been named as the Chief Technical Officer (CTO) of the Solihull-based motorcycle brand. Hentschel joins Norton from Valmet Automotive Holding where he has served as Managing Director since 2017. Urciuoli’s former key roles within the global automotive industry include Director of URVI Ltd, Head of Powertrain at Lotus Cars and Project Leader at Ferrari and Aprilia Racing.

“TVS has created a plan for Norton to transform into the future. The brand will retain its core values which will be interpreted in a modern way for the customers of today and tomorrow. As part of this we are excited to welcome on board a new management team led by Robert to lead this next phase of the journey,” TVS Motor Company Joint Managing Director Sudarshan Venu said in a statement.

Over the last 12 months, TVS has ensured that a clear strategy for the transformation of Norton has been delivered with significant improvements to the product and the creation of a world class manufacturing facility in record time, he added. 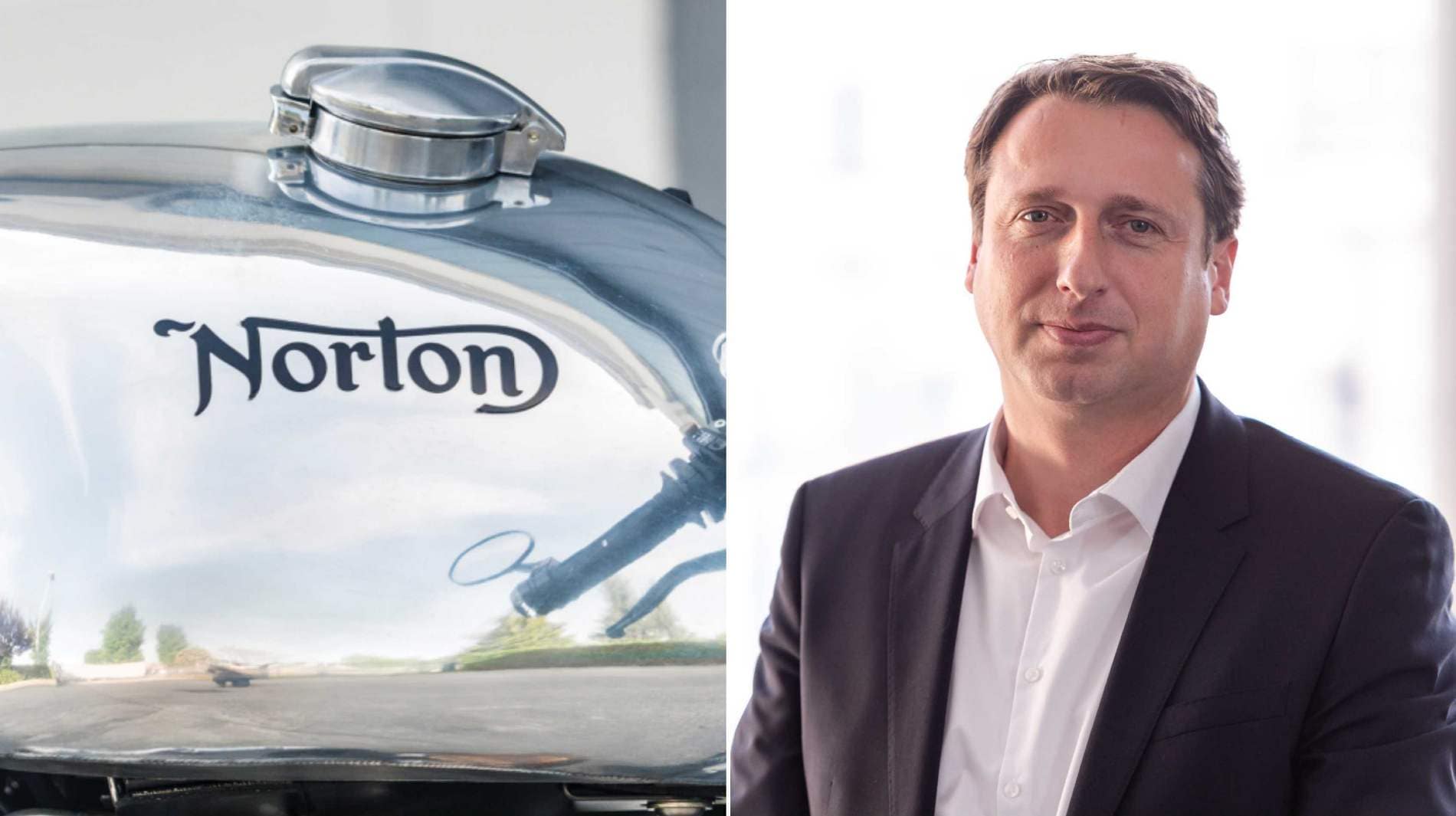 Hentschel joins Norton from Valmet Automotive Holding where he served as MD since 2017. Image: TVS

“Now, Norton is ready to move to the next phase of its journey,” Venu noted. TVS Motor Company, the country’s third largest motorcycle maker, had acquired Norton Motorcycles in April 2020.

Shortly after the acquisition, TVS had appointed Russell to stabilise the company and create a platform that now enables Norton to begin making and delivering advanced technology motorcycles worthy of the iconic marque to a growing global customer base.

“Under the strategic direction of TVS Motor, Norton has already achieved incredible success which includes being rescued from administration and beginning the rebuilding process. A highly motivated team has been assembled, bringing around 100 new skilled jobs to the region, to which we will be adding more in the future as the business grows,” Hentschel noted.

Norton is once again poised to build the finest motorcycles in the world, he added. Norton Motorcycles is known for manufacturing famous models such as the 650SS, Atlas, Commando, Dominator, Manx and Navigator.