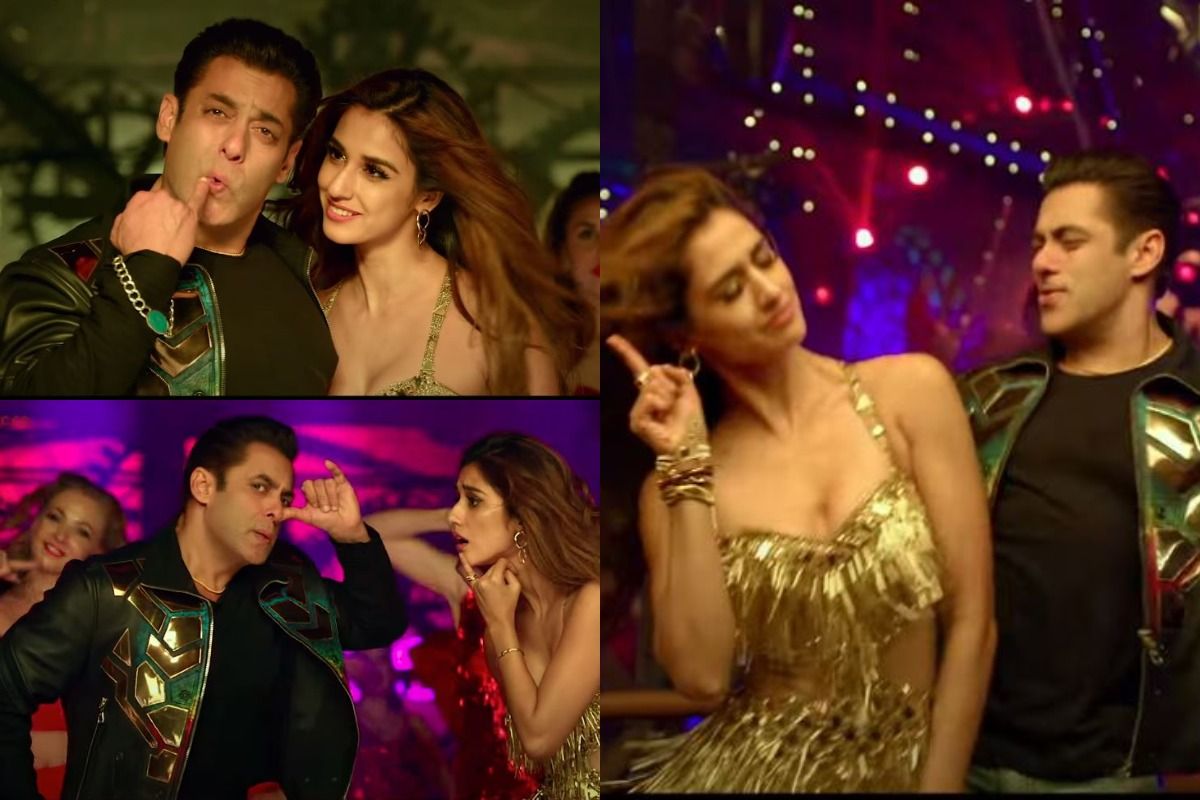 Radhe: Your Most Wanted Bhai Song Seeti Maar Out: Since the trailer of Radhe: Your Most Wanted Bhai released, Seeti Maar has been one of the most talked-about songs and social media had been abuzz with discussions and trends related to the track and its release. Today, Megastar Salman Khan launched the much-awaited dance number, and in keeping with his track record of iconic songs in every film, Seeti Maar is already well on its way to become the biggest chartbuster of the year. The song has vocals by Kamaal Khan and Iulia Vantur; and Shabbir Ahmad’s lyrics. The music of the track is composed by rockstar composer Devi Sri Prasad (DSP), after his last collaboration with Salman with the sensational hit Dhinka Chika. Also Read – Salman Khan Tastes Food Before Distributing to COVID-19 Frontline Workers – Watch Viral Video

Packed with Salman Khan’s signature style of dance, his pairing with the current favorite of youth, the hot and sultry Disha Patani, Shaikh Jani Basha knew as Jani Master’s choreography and Prabhudeva’s direction, Seeti Maar has all the elements to make the track a rage amongst the audience. Jani Master and Prabhudeva have presented a good mix of classic South-style choreography with hip-hop. Both Salman and Disha have surpassed all expectations with their sensational chemistry and flawless dance moves, and make one want to hit the dance floor right away. The hook step of Seeti Maar is rather eye-catching, and a lot like Salman Khan’s hook steps, this one also seems to be going viral already. Going by what the trailer and the song have shown us so far, looks like the audience is in for a big treat this Eid. Also Read – After Ranbir Kapoor, Alia Bhatt, Tiger Shroff-Disha Patani Face Flak As They Return From Maldives

Alongside Salman Khan, Radhe also stars Disha Patani, Randeep Hooda and Jackie Shroff in pivotal roles. The movie is presented by Salman Khan films in association with ZEE Studios, produced By Salma Khan, Sohail Khan and Reel Life Production Pvt. limited. The movie will release in over 40 countries, including a theatrical release in major overseas markets on May 13 2021, on the occasion of Eid. The film will be available on ZEE5 with ZEE’s pay-per-view service ZEEPlex on the Zee5 OTT platform and all leading DTH operators. Also Read – Ahead of Salman Khan Starrer Radhe, Shah Rukh Khan’s New Film To Hit Theatres