A critical Antarctic glacier is looking more vulnerable as satellite images show the ice shelf that blocks it from collapsing into the sea is breaking up much faster than before and spawning huge icebergs, a new study says. The Pine Island Glacier’s ice shelf loss accelerated in 2017, causing scientists to worry that with climate change the glacier’s collapse could happen quicker than the many centuries predicted. The floating ice shelf acts like a cork in a bottle for the fast-melting glacier and prevents its much larger ice mass from flowing into the ocean.

That ice shelf has retreated by 20 kilometres between 2017 and 2020, according to a study in Friday’s Science Advances The crumbling shelf was caught on time-lapse video from a European satellite that takes pictures every six days. 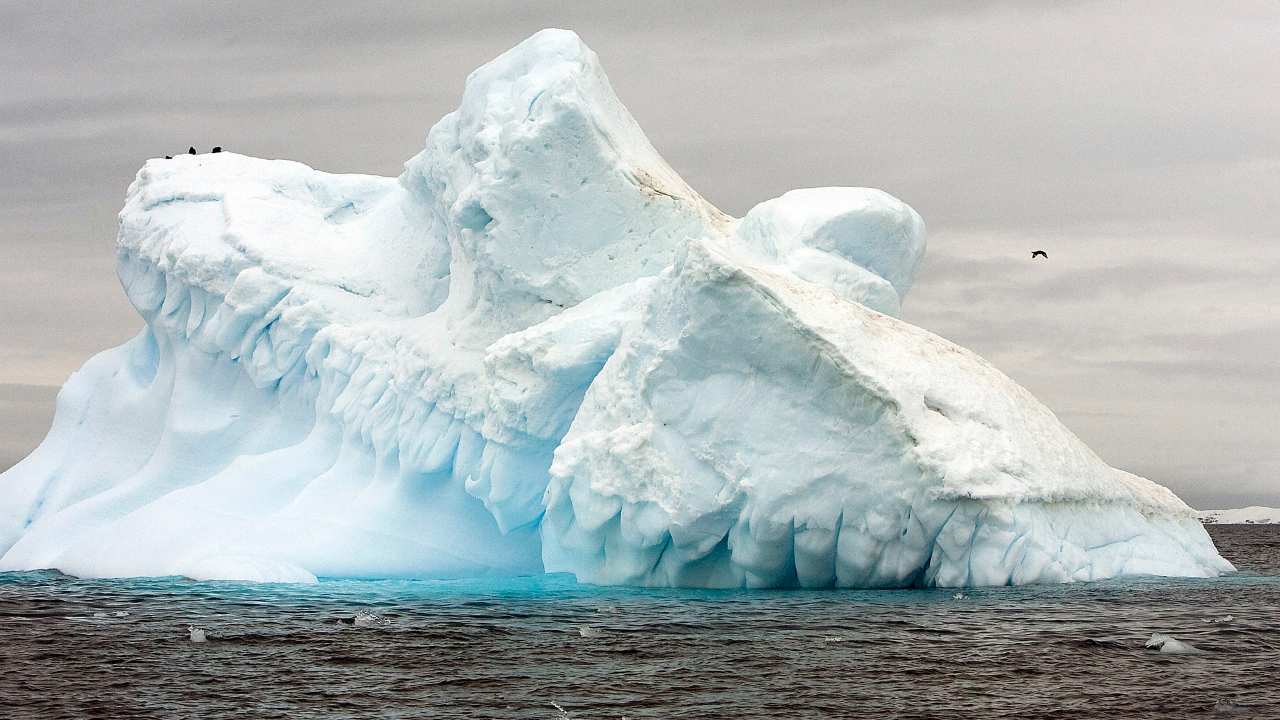 The ice shelf has retreated by 20 kilometers between 2017 and 2020, according to a study. Representational image. Image credit: UN/Flickr

“You can see stuff just tearing apart,” said study lead author Ian Joughin, a University of Washington glaciologist. “So it almost looks like the speed-up itself is weakening the glacier. … And so far we’ve lost maybe 20 percent of the main shelf.”

Between 2017 and 2020, there were three large breakup events, creating icebergs more than eight kilometres long and 36 kilometres wide, which then split into lots of littler pieces, Joughin said. There also were many smaller breakups.

“It’s not at all inconceivable that the whole shelf could give way and go within a few years,” Joughin said. “I’d say that’s a long shot, but not a very long shot.”

Joughin tracked two points on the main glacier and found they were moving 12 percent faster toward the sea starting in 2017.

“So that means 12 percent more ice from Pine Island going into the ocean that wasn’t there before,” he said.

The Pine Island Glacier, which is not on an island doesn’t have pine trees, is one of two side-by-side glaciers in western Antarctica that ice scientists worry most about losing on that continent. The other is the Thwaites Glacier.

Pine Island contains 180 trillion tons of ice — the equivalent of half a meter of sea-level rise — and is responsible for about a quarter of the continent’s ice loss.

“Pine Island and Thwaites are our biggest worry now because they are falling apart and then the rest of West Antarctica will follow according to nearly all models,” said University of California Irvine ice scientist Isabella Velicogna, who wasn’t part of the study.

While ice loss is part of climate change, there was no unusual extra warming in the region that triggered this acceleration, Joughin said.

“These science results continue to highlight the vulnerability of Antarctica, a major reservoir for potential sea-level rise,” said Twila Moon, a National Snow and Ice Data scientist who wasn’t part of the research. “Again and again, other research has confirmed how Antarctica evolves in the future will depend on human greenhouse gas emissions.”