Mouni Roy, who made a household name with the TV serial ‘Naagin’, has now started creating panic on the big screen as well. Mouni, who was seen in the film ‘Gold’ with Akshay Kumar, is currently in the headlines for her new film ‘London Confidential’. If you haven’t seen this movie yet, then you must know these five things before watching it.

Who is in which role (London Confidential cast)
Mouni Roy plays the role of a RAW agent Uma Kulkarni in the film. Purab Kohli plays the character of Arjun Manish Kumar in the film, an undercover officer running a grocery store. Kulraj Randhawa played the character of Nirupama Das, while Sagar Arya played the role of Sharad. Pravesh Rana, who made his mark with ‘Bigg Boss’, plays Azad, an employee of the Indian embassy. 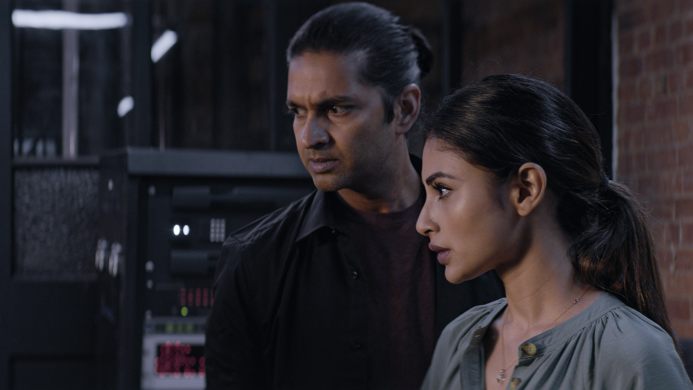 What is the London Confidential story plot
The story of this film is very interesting where the whole world is in the grip of Corona, while the story of this film shows that a virus more dangerous than that has spread on the border of India China. Biren Ghosh is the undercover agent of RAW who comes to know that China is behind this virus too. Biren wants to present this evidence in a conference to be held in London, so that the truth of China will come to the fore in front of the whole world. But just a week before the conference, Biren disappears, and the very next day his body is found in the River Thames in London.

In just 6 days, the answer to both these questions is to find these RAW agents. Biren leaves behind a clue that is a Chinese painting he may have left for his boss Uma Kulkarni (Mouni Roy). In the film, Mouni Roy and her team have to do all this without the British intelligence being noticed. That is why it has been named ‘London Confidential’.

The script is a bit light (London Confidential script)
While this film depicts epidemics like deadly virus and coronavirus, the entire films have not followed any guidelines to be safe from it. Neither social distancing is seen in the film nor is anyone wearing a mask. The story from start to finish is not true. Everything is happening very quickly in the story. Throughout the film, Arjun talks in riddles that will absolutely bore you. Kulraj Randhawa who plays the role of Indian Ambassador to the UK is unable to add weight to his character as actor Nirupama Dutta. The name of the film is ‘London Confidential’ but in the film you get to know everything from the very beginning, nothing remains like Confidential.

Mouni Roy in London Confidential
Mouni Roy has tried to give her hundred percent in the film. Mouni Roy’s work in the role of a RAW officer is being appreciated. From her serials and films, Mouni has told that she can play any kind of character in future.

What’s Up Overall (London Confidential Ratings)
Talking about the film overall, the screenplay of the film did not show much strength, perhaps director Kamal Sethi needed to do a little more work on it, while the dialogues also lacked punch. The 87 minute film is running very fast. You can watch this film for time pass but you will not get to see anything special in this film.

Another Thriller blast by Akshay Kumar, will force the audience to return to theatres, Bell Bottom Review akshay kumar back with nail biting thriller know story