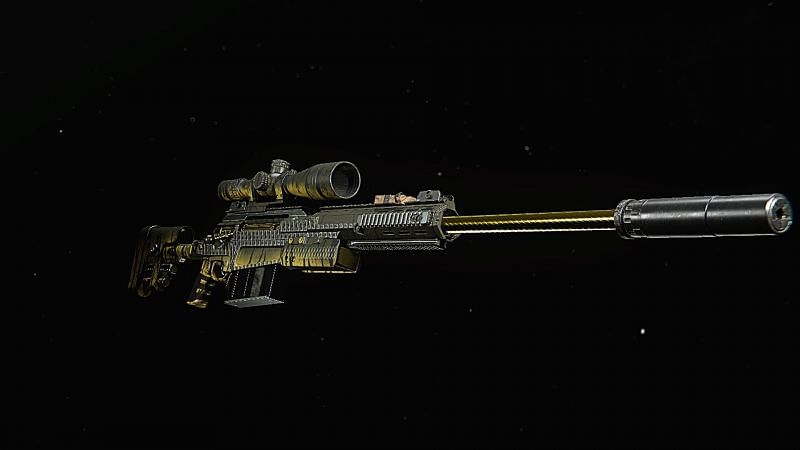 The best AX-50 loadout in Call of Duty: Warzone Season 3

Call of Duty: Warzone has seen a big shakeup with Season 3, including changes to the map and the weapon meta.

Even though the weapon meta has shifted, one thing will always remain a constant in Warzone. Players love to use sniper rifles to take out opposition from longer ranges or show off with incredible kill cams.

The AX-50 is not considered the best sniper rifle to use in Warzone, but it is certainly not the worst. For those who want a change of pace, it makes the perfect backup weapon for long-range fights when a medium to close range AR, or SMG, is being used.

The best AX-50 loadout in Call of Duty: Warzone Season 3

The AX-50 can be somewhat clunky, but it is a dangerous sniper rifle in the hands of Warzone players who can hit their shot every single time.

The weapon’s accuracy is incredible, and it has massive damage and solid range as a sniper rifle should. Its control after shooting one shot and scoping in immediately to try and land another is great. Pairing this with an SMG and speeding it up is the right choice.

The Lightweight Suppressor provides sound suppression for the AX-50. One con is that it lowers the damage range just a bit, allowing stealthiness and agility with just a small sacrifice.

The barrel attachment, the 17.0″ Factory, gives this Warzone sniper rifle a better reaction time. Bullet velocity and recoil control are lowered, but ADS speed and movement speed get a nice boost.

The Singuard Arms Assassin attachment continues the mobility trend upward. ADS speed increases even further with just a tiny hit to aiming stability. The reaction time of the AX-50 will be nearly unmatched.

Stippled Grip Tape is another attachment that takes down aiming stability. It adds to ADS speed again, however, and provides a boost to sprint to fire speed. This Warzone loadout for the AX-50 is for the snipers on the go.

Last up is the Presence of Mind Perk attachment. This will help with the aim stability as Focus is improved upon. It simply allows Warzone players to hold their breath longer to line up a shot. There are no cons.