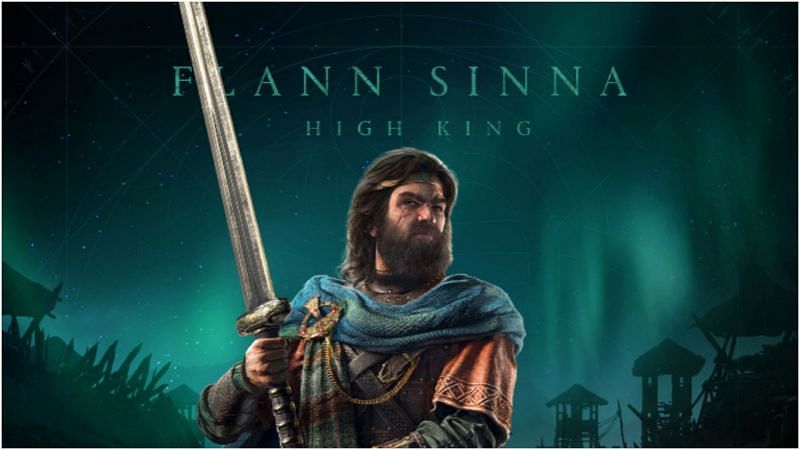 Assassin’s Creed Valhalla, the latest offering from Ubisoft in the popular franchise, is due to receive its latest DLC on May 13. Soon enough, players (as Eivor) will be traveling to Ireland to battle the mysterious Children of Danu.

To give players a glimpse of what awaits them in Wrath of the Druids, Ubisoft has revealed character art for new enemy types. Two new enemy types, named The Cursed and the High King, have been revealed so far.

This Thursday, May 13, Eivor departs on a new journey to Ireland. In Wrath of the Druids, you’ll encounter many new faces, including Flann Sinna and the mysterious Children of Danu. ?

Meet the High King and The Cursed—are you ready to make their acquaintance? ? pic.twitter.com/q1FXdGOnff

Even Geralt himself had a few tips for Assassin’s Creed players should they be in need of help when taking on new enemies.

A couple of tips from Geralt:

While the High King seems to be aligned with the mysterious cult, the Children of Danu, he is allied with the faction of Flann Sinna.

Players cannot wait to discover the new alliances with Gaelic rulers and the implications they bring on May 13.

How is Assassin’s Creed Valhalla doing so far?

The Wrath of the Druids is one of two major DLCs planned for the game, with the other taking place during historical events in Paris. The release date for Siege of Paris is unconfirmed, but more information is likely to surface during the next Ubisoft Forward as part of E3 2021.

While fans appreciate the DLC and free content from Ubisoft, Assassin’s Creed fans aren’t entirely pleased with the state of the game after updates. Since new updates arrived, fans have had quite a few complaints regarding the overall performance of Assassin’s Creed Valhalla.

Bugs and glitches seem to have become a common occurrence after each update, prompting Ubisoft to delay major DLCs like The Wrath of the Druids. Having said that, Assassin’s Creed Valhalla has been a success for the most part, with many praising the game’s core combat mechanics and its improvements in terms of story and narrative.

The overall presentation of Assassin’s Creed Valhalla has been a hit with both older and newer fans of the series.

The fanbase is now hoping that Ubisoft will continue to build on an already solid platform with great content in the future.