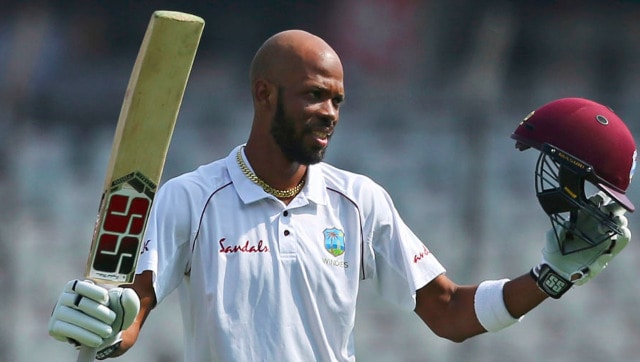 The squad is expected to be cut down to an official 13-member contingent on Monday. Roston Chase returns to the side after missing the home Test series against Sri Lanka. AP

The Selection Panel also announced that pacer Chemar Holder was unavailable for selection due to injury.

The 19-year-old Seales has played only 10 professional games so far — one first class match, three List A games and six T20s.

Seales had grabbed the limelight with the white-ball at the Under-19 World Cup last year. He also impressed in the four-day intra-squad game earlier this week, taking 4 for 40 in the second innings.

Making a comeback to the 17-member squad were openers Shai Hope and Kieran Powell and all-rounder Roston Chase, who were not part of the home Test series against Sri Lanka.

Jamaican speedster Marquino Mindley, who had recovered from COVID-19 last week, will remain in St Lucia along with fellow pacers Keon Harding, Preston McSween and Nial Smith to “assist the Test squad with their preparations”.

The two Tests will be played at the Daren Sammy Cricket Ground for the Sir Vivian Richards Trophy on 10-14 June and 18-22 June.

These are the final matches in the current cycle of the ICC World Test Championship with both teams trying to finish higher in the final Championship table.