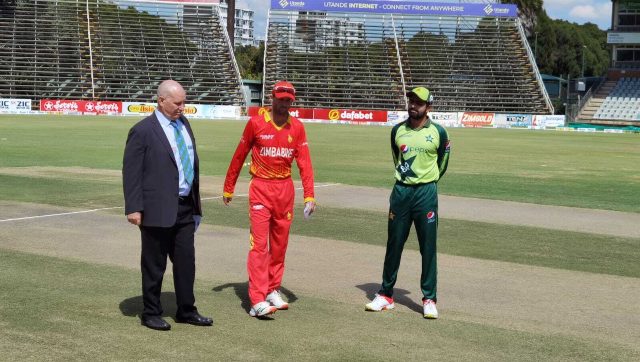 Toss report: Pakistan captain Babar Azam won the toss and elected to bowl in the second Twenty20 international against Zimbabwe at the Harare Sports Club Friday.

The tourists made two changes from the team that won the first match by 11 runs at the same venue Wednesday with Asif Ali replacing Haider Ali and debutant Arshad Iqbal coming in for Mohammad Nawaz.

Zimbabwe also made changes as they sought a victory that would level the three-match series with Brendan Taylor and Tarisai Musakanda elevated in place of Sean Williams and Craig Ervine.

Opening batsman Taylor, who missed the first match due to a stomach bug, took over the captaincy from Williams.