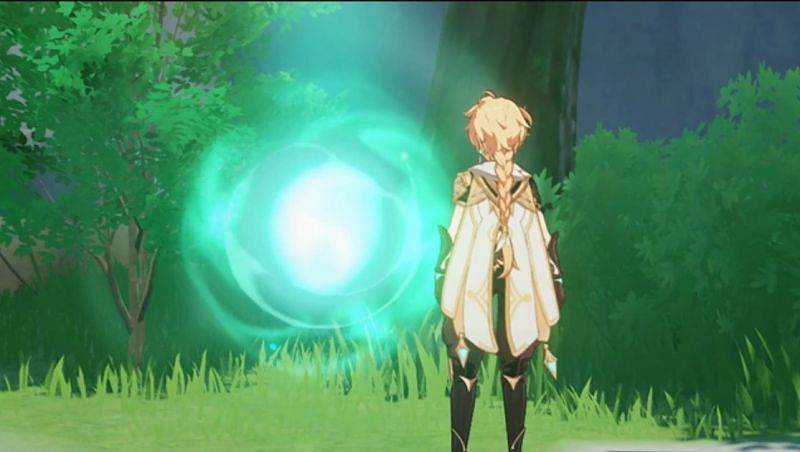 The odds may seem stacked against the Rebels in Genshin Impact, but there are some worthwhile tips that can help them win in the Windtrace event.

For the uninitiated, the Windtrace event is going to be Genshin Impact’s version of hide and seek. Moreover, the Rebels are the ones who are hiding from the Hunters, and the teams are randomly assigned each time. Still, it would seem as though the odds are stacked against the Rebels in this Genshin Impact event.

Fortunately, players still get Windtrace Coins regardless of the outcome. However, the longer they last, the more they earn (and even be declared the victors). So some Genshin Impact players are wondering how to maximize their chances of victory, so they can lessen the time they need to devote to the Windtrace event. After all, less time grinding in the Windtrace event means more grinding elsewhere.

Note: These tips apply to all players, not just Mona owners.

Everybody plays hide and seek differently, but it’s important to note that the Windtrace event actively encourages the Rebels to move around as often as they’d like. That said, there are times when Rebels should know when to move and when to hide.

For example, if a player is perfectly hidden behind a rock and they’re not detected yet, they shouldn’t leave it and run into the open fields. Moving for the sake of moving is going to cost some Genshin Impact players the game.

Instead, they should only move when it puts their team in an advantageous state. They should also remember that they will have different combat arts known as Windward Arts to help them out.

If a player is hiding in a secluded spot, but is curious to look around for potential Hunters, they should manipulate the camera to get as much vision as possible. Rebels that do this are less likely to be spotted whilst scouting, especially since moving the camera in Genshin Impact doesn’t force the player to move.

This is valuable when the player is behind a physical boundary of some kind since they can look at a Hunter approaching them, but the Hunter won’t see them. However, the same can be said of what Hunters can do with their camera.

If Rebels move about too often, a sneaky Hunter can notice them based on how they move their camera. Vision is key in an event like Windtrace.

#3 – Don’t huddle up with other Rebels

A group of Hunters ganging up on one Rebel is a viable strategy. A group of Rebels running away from one Hunter is a terrible strategy. If it’s two groups of both teams, then the game will be over swiftly.

Rebels will get more Windtrace Coins the longer they last. Hence, they should take a self-preservation approach when playing in this Genshin Impact event. If all of the Rebels huddle up together, it only takes one out-of-position teammate to screw them over.

Rebels should also remember that Hunters have Windward Arts that notify them of the position of a nearby Rebel. So even if all of the Rebels hide perfectly, it’s simply too inefficient of a strategy to use because of the counterplay Hunters have.

There are only so many Contested Zones Genshin Impact players will see in the Windtrace event. Ergo, they can easily learn the layouts of a few maps and find an ideal hiding spot whenever they’re with other Rebels.

Learning the layouts of the Contested Zones is also beneficial if the Genshin Impact player becomes a Hunter, so it’s not like spending some time to explore the in-game world would be a waste of their time. Naturally, some places are going to be better hiding spots than others.

Players could even memorize certain object locations, like where crates and barrels spawn. Even the little things can be enough to help them earn as many Windtrace Coins as possible in Genshin Impact.

#1 – Understand that Hunters become better near the end

Not only will the cooldown of “Capture!” be reduced near the end of a Windtrace game, but Hunters will also likely have collected enough Favors for a valuable Secret Favor. Rebels can unlock a Secret Favor too, but the ones Hunters have are even more game-breaking.

For instance, a Hunter using “Imprisoning Curse” is nigh-guaranteed to capture a Rebel in their sights. Even a Rebel’s Secret Favor, “Starstep,” won’t help them here as the increased movement speed is useless when they’re trapped in one place.

More often than not, Hunters will win in Windtrace if it’s a competent team. Still, Rebels can maximize their Windtrace Coins by lasting longer. It’s also worth noting that Hunters can a movement speed near the end of a Windtrace game in Genshin Impact, so Rebels can’t rely on “Starstep” too much to win.