Mumbai. On the death of Dilip Kumar, celebs have been paying tribute to him on social media since morning. Abhishek Bachchan, while paying tribute to Dilip Sahab, told that he was going to play the role of his father in his first film.

Abhishek Bachchan wrote a note on social media paying tribute to Dilip Kumar. Junior Bachchan writes, ‘My first film was going to be the last Mughal. Dilip Sahab was supposed to play my father in this film. I remember my father told me at that time that you are getting a chance to work with my idol in your debut film. It took me more than a decade to get this honour.

Father gave this advice
Abhishek Bachchan further says, ‘My father told me that you will get to learn more and more by watching Dilip Sahab. So, enjoy these moments as much as possible. I was so lucky But, alas, this film was never made. I didn’t get the honor of working with the great Dilip Kumar. Today a cinema era has come to an end. Today many generations will be able to see and learn and feel the talent of Dilip Kumar. 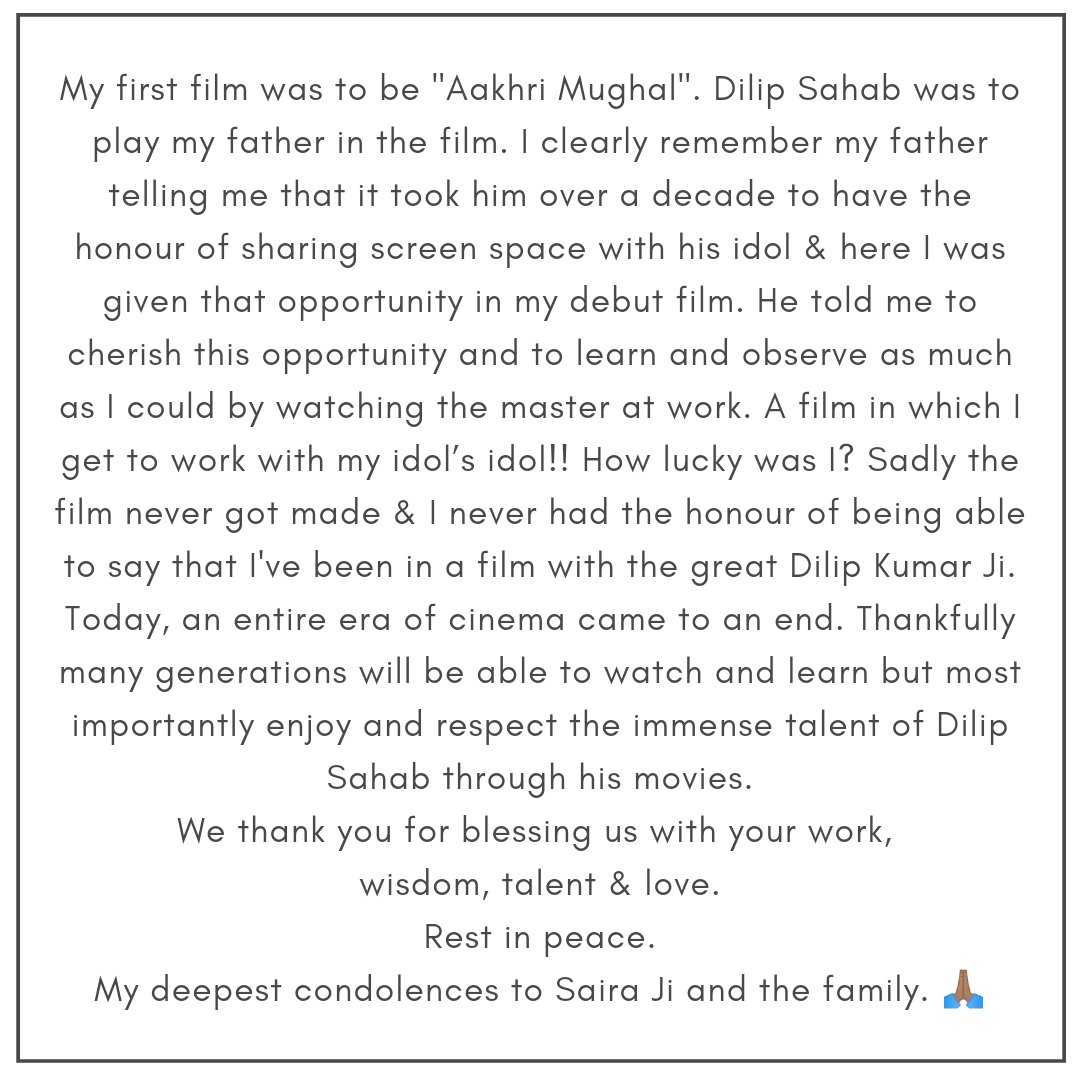 JP Dutta was the director
JP Dutta, director of Abhishek Bachchan’s debut film Refugee, was directing the last Mughal. Through this film, Bipasha Basu was going to debut in Bollywood opposite Abhishek.

Let us tell you that Dilip Kumar was last seen in the film Qila in the year 1998. After that he retired from films. Dilip Kumar was handed over to the graveyard in Juhu today.