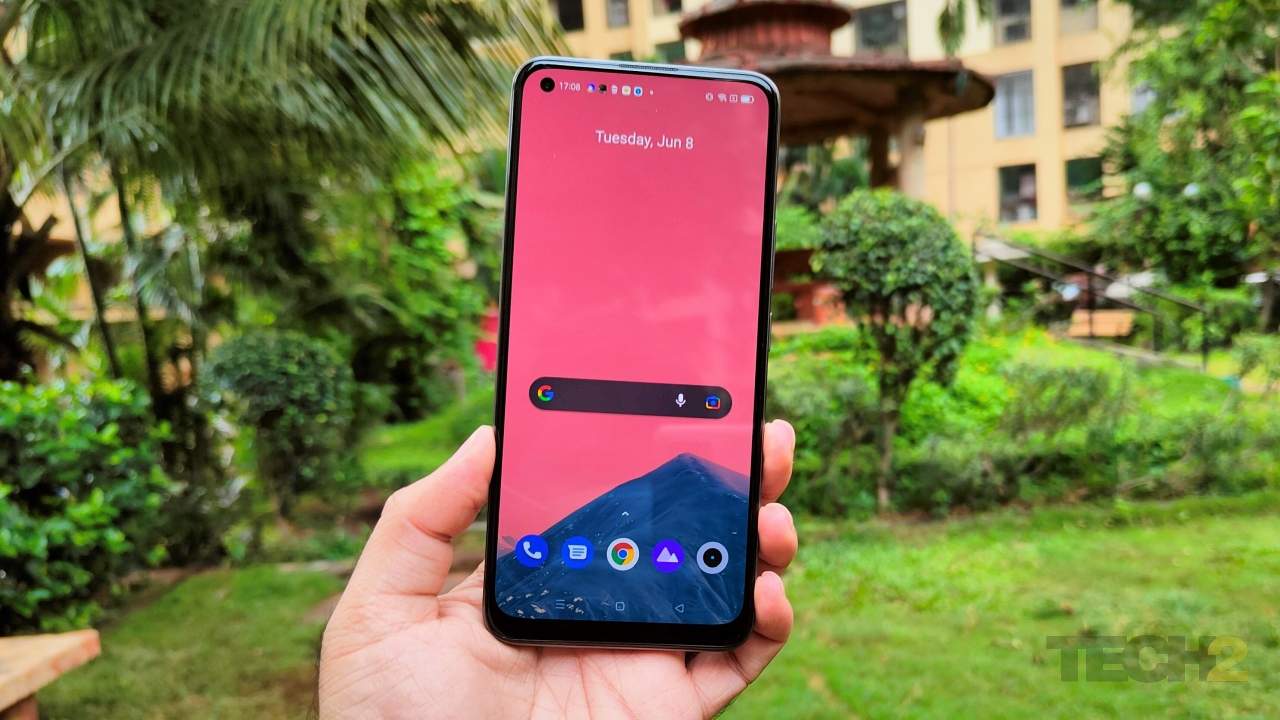 A couple of years ago, Xiaomi pretty much dominated the budget smartphone market in India. Fast forward to today, and in a short time, BBK Electronics’ Realme has emerged as a solid alternative to Xiaomi and its line-up. The Chinese company’s Realme 8 Pro (Review) has already proved itself as one of the best smartphones you can buy for under Rs 20,000. Can the Realme 8 do the same in the sub-Rs 15,000 category? Time to put it through its paces and find out.

In terms of looks, you can’t tell the Realme 8 apart from the Pro model we recently reviewed. However, the design differences become apparent upon close inspection. For starters, the Realme 8 comes with a dual-tone colour scheme. It has a distinct stripe on the right-hand side that reflects light in rainbow hues. It also bears the large ‘Dare to Leap’ branding, which seems to be on every Realme phone these days.

The phone has a plastic back with a glossy finish. It may not feel as premium as glass, but on the bright side, it won’t shatter easily, either. The mid-frame looks and feels exactly like metal, but is, in fact, made of plastic.

The only thing that annoys me in terms of design is the Realme 8’s hulking quad-camera module. Image: Tech2/Chandrakant Isi

With the Realme 8, the manufacturer has nailed the ergonomics. The phone has rounded edges, the back is curved around the sides and the buttons have a good tactile feel. Weighing in at 177 grams and 8 mm thick, the phone feels good to hold. For me, it was a welcome change after using the bulky 215-gram Poco X3 Pro for weeks.

In terms of design, the only thing that annoys me is the Realme 8’s hulking quad-camera module. In addition to appearing out of place, it leads to the handset being prone to wobbles when kept on a table. At the front, the handset has an impressive screen-to-body ratio. A tiny punch-hole accommodates a selfie camera, and the bezels are quite thin, save for the chin.

The Realme 8 has a 6.4-inch AMOLED screen with Full HD+ resolution. It misses out on a 90 Hz or 120 Hz refresh rate, but you get superior picture quality as expected from an OLED panel. The display delivers deep blacks, a high contrast ratio and is impressively bright, too. It remains perfectly legible even in bright sunlight.

The 180 Hz touch sampling rate comes in handy when playing games. Realme has integrated a fingerprint scanner into the screen, and the scanner itself is pretty fast. However, the size of the scanning area is small, so you have to be precise to unlock the phone in one go.

Over the last few years, Realme has put in plenty of effort to improve its Android customisation, and it shows. Running the latest Realme UI 2.0, the handset offers a pleasant user experience. It’s not just the aesthetics – the company has also done a great job with performance optimisation.

Realme has thrown in plenty of customisation options as well. You get to choose the icon grid layout, toggle the app drawer and switch to dark mode as and when you please. The handset comes with some bloat including Realme Link, Realme Store, HeyFun and Community app. However, you can easily get rid of these.

The Realme 8 packs in Mediatek’s 12 nm Helio G95 chipset. It is not the latest processor on the block but still holds its own quite well. Over weeks of usage, I didn’t notice any stutter or sluggishness in menu navigation. The phone’s gaming performance isn’t bad, either.

Moving onto media consumption, the phone’s OLED screen is excellent for watching movies. The Realme 8 misses out on a stereo speaker, but the onboard mono speaker is quite loud. Paired with a good pair of earphones, the Realme 8 offers great sound output.

The Realme 8 comes with a quad-camera comprising of a 64 MP main shooter, an 8 MP wide camera, 2 MP macro camera and a 2 MP depth sensor. The phone offers several shoot modes such as standard, portrait, macro and expert. The last one lets you play with ISO, shutter speed, white balance, and exposure. The Realme 8 also offers an AI feature that boosts colours and even stacks up images to enhance details.

The primary 64 MP camera is no match for the 108 MP camera found on the Realme 8 Pro. However, it is quite good in its own right. In daylight, you get plenty of detail and pleasant colours, even if they’re not entirely accurate. However, if you zoom in, you can see some smudges around objects, most probably caused by the aggressive post-processing.

Signs of struggle surface in low-light conditions. Details take a noticeable hit and noise becomes more apparent. On the bright side, the phone manages to do a good job with colours. You can get slightly better results with the dedicated night mode, but it takes a good four to five seconds to capture the image.

The 8 MP wide-angle camera is strictly average. Sure, it delivers more natural colours, but severely lacks resolved detail. Considering the quality disparity between the main and wide cameras, there’s no point in using the latter.

Selfies are handled by a 16 MP front-facing snapper. For a selfie camera, the results are fine. However, if I have to nit-pick, the images tend to be unusually bright. 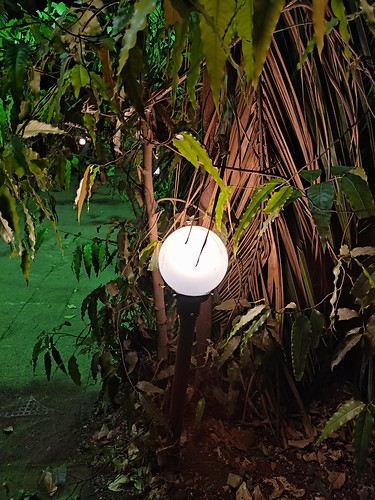 The 64 MP main camera records 4K videos at 30 fps. Those who prefer to shoot at 60 fps will have to settle for Full HD quality. The phone lacks Optical Image Stabilisation (OIS), so you better have steady hands. On the bright side, the videos look quite neat. The 8 MP wide-angle camera, on the other hand, is underwhelming. Not only is it capped at 1080p (30 fps) but the videos also contain noticeable noise.

The Realme 8 houses a 5,000 mAh battery, which easily lasts for over a day on a single charge. Even with hours of gaming, the phone gets you through a full day. Thanks to the 30 W charging, topping up the phone from zero to 50 percent takes under half an hour, which is impressive.

The Realme 8 is a good smartphone. It delivers a great AMOLED screen, snappy performance, impressive battery life and a pleasant UI in a compact, lightweight package. Sure, Realme has overdone the branding, but it is not a deal-breaker.

The phone’s 4 GB RAM version is pegged at Rs 15,000, while the 6 GB variant costs Rs 16,000. Its closest alternative is Xiaomi’s Redmi Note 10S, which offers similar specs for the same price. However, the Realme 8 holds an edge over the Note 10S thanks to its snappy Realme UI 2.0.