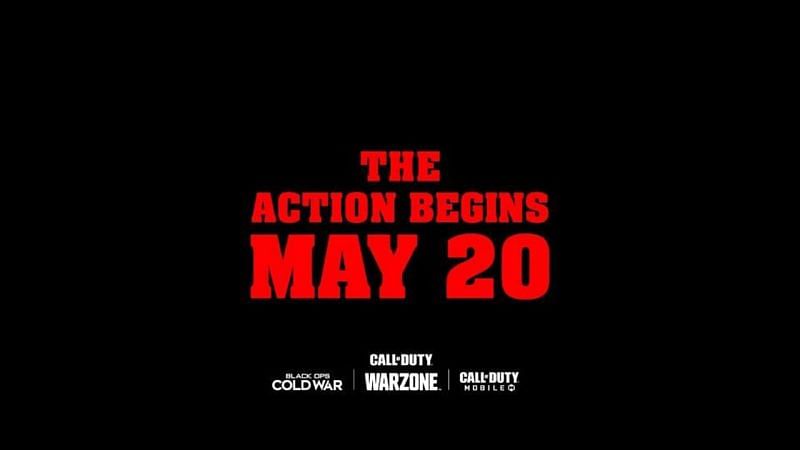 Call of Duty as a franchise is gearing up for a complete 80’s takeover across currently supported titles, Black Ops Cold War, Warzone as well as Call of Duty Mobile.

After teasing John Rambo and John McClane in cryptic tweets, the official Call of Duty Twitter handle has dropped a lengthier teaser with the date 20th May 2021 as the day when the “Action Begins.” Catch the teaser and other details below.

Having posted a 13-second teaser on their Twitter account, the official Call of Duty Twitter handle now houses a brief clip of John Rambo perched upon a tree and using flaming arrows to take down an enemy. The clip serves as a teaser to both the character as well as the addition of a bow to the game.

The move comes as a follow-up to creative director Amos Hodge’s statement regarding upcoming content, which he had shared with Video Game Chronicles last month. He said:

“I’d like to point out that in the slides we showed you, there was a little ‘classified’ section for ‘80s Action’… there is some cool stuff we’ve got planned for the 80s, so feel free to speculate on that,”

Following Warzone’s transition to the 80’s after the nuking of Verdansk, the developers have taken the theme to the next level by now integrating popular culture icons from the era into the game.

It remains to be seen how the bow fares in Call of Duty’s arsenal of weapons as it joins the CARV.2 as the latest addition to the game.

Also read: What is open bolt delay in Call of Duty: Warzone?