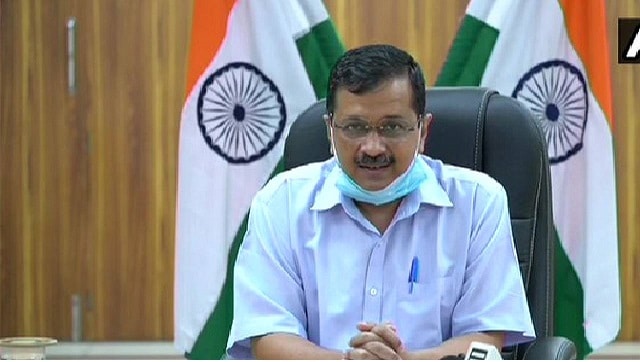 The chief minister also addressed the oxygen crisis in Delhi and said that the government is planning to launch a portal to streamline the supply of the crucial medical resource. The Delhi government on Sunday extended the ongoing lockdown till 3 May, citing the “severity” of the second wave of COVID-19

in the National Capital. The decision had been taken in view of the rising positivity rate, which was as high as 36 percent in the last week.

“Everybody voted for extension of the lockdown. The positivity rate reached up to 36-37 percent in past few days, although it has slightly dipped now. It is around 29 percent today. While the positivity rate has reduced in the last two days, this is not a sign that the COVID-19

wave is abating in Delhi,” he added.

However, the state government did not announce any new restrictions for the extended lockdown. On 19 April, the Delhi government had imposed a week-long lockdown and had prohibited social, political, and religious gatherings. It had also ordered that private offices, shops, shopping centers, malls, weekly markets, educational and coaching institutes, cinema and theatres, restaurant and bars, public parks and gardens, beauty parlors, swimming pools will remain closed.

Urging people to stay home, Kejriwal had said, “ICU beds are almost full in Delhi. Medicines are under severe shortage; especially remdesivir. We have requested the Centre to augment oxygen.”

On Sunday, the chief minister also addressed the oxygen crisis in Delhi and said that the government is planning to launch a portal to streamline the supply of the crucial medical resource.

“From tomorrow, we will launch a portal wherein the manufacturer, supplier, and hospitals will have to provide updates on their stocks and movement of oxygen every two hours. This way, the state government will be apprised about the situation at all times,” he said.

Stating that the Centre has allocated 490 metric tons of oxygen, Kejriwal said that Delhi’s requirement is 700 metric tons. “Of this allocation, only 330 MT has reached Delhi so far. To a large extent, the shortage is because of a delay in receiving the crucial medical resource from other states,” he added.

“All state ministers and officials are following up on suppliers. While not all efforts have been successful, in some places we have found success. We are also receiving help from the Centre; the state government and Union government are working together. We are also trying to garner support from all states and abroad for a supply of oxygen,” he said.

Over the last week, Delhi hospitals have been grappling with a severe shortage of medical oxygen, crucial in treating COVID-19

While hospitals admins are sending out SOS messages for an urgent oxygen supply and also moving the Delhi High Court seeking to replenish their stocks, at least two hospitals in the National Capital have faced casualties reportedly due to the lack of oxygen for their COVID-19

Twenty patients died in the intervening night between Friday and Saturday in the Jaipur Golden Hospital in the National Capital, due to the lack of oxygen.

“Oxygen pressure has dipped as we are running out of stock,” Jaipur Golden Hospital’s medical director DK Baluja was quoted as saying by PTI.