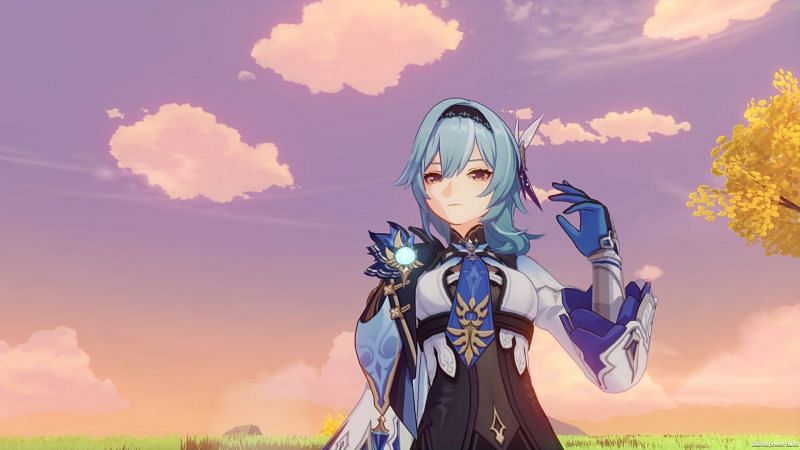 Genshin Impact has several banners lined up for the future of the game, and players will have a lot to look forward to in the coming months.

With Eula starting on May 18th and Klee and Kazuha releasing later in update 1.6, players will definitely want to gather their Primogems in advance for these banners.

Players can get some insight into when these banners will be released here.

Genshin Impact’s next banner has not had many details leaked, though players do know of the release date being May 18th. Eula’s release will mark the second half of the 1.5 update, bringing new story quests and events.

Players will also be able to wish for the new 5-star Cryo Claymore character Eula, who is a member of the Mondstadt aristocratic family. Eula will also be released with a new weapon, the Song of Broken Pines, which appears to be her signature 5-star Claymore.

The 4-stars on this banner may have been leaked previously as Xinyan, Xingqiu, and Beidou, as the Test Run data has been leaked. This could make this banner a worthwhile investment for players who are missing constellations for these powerful characters. The name of the banner is currently unknown, but players will learn it soon.

Genshin Impact 1.6 leaks have revealed the re-release of Klee, coming as the first banner of the new update, to the excitement of many Genshin Impact fans. The 4-stars on the banner are currently unknown, but the rerun of Klee will still definitely be a popular banner in the community.

Klee has been the most profitable banner for Genshin Impact since Venti, and she remains an incredibly powerful character as a 5-star Pyro DPS. The banner may begin on June 8th, three weeks after Eula’s banner ends.

Klee’s banner has been confirmed as the first banner of 1.6, meaning players will have more time to save for either of the 1.6 characters.

Kazuha’s banner will be the second banner of Genshin Impact 1.6, and his banner may start on June 29th. This Anemo Samurai from Inazuma has been heavily leaked, and his appearance will signal the beginning of the Inazuma storyline in Genshin Impact.

His abilities and skills have been heavily documented, and players can read everything there is to know about this new Inazuman character here.

With all these banners set up, players will definitely have a lot of 5-star characters to wish for in the coming months of Genshin Impact. They should make sure to save their Primogems for the characters they desire.