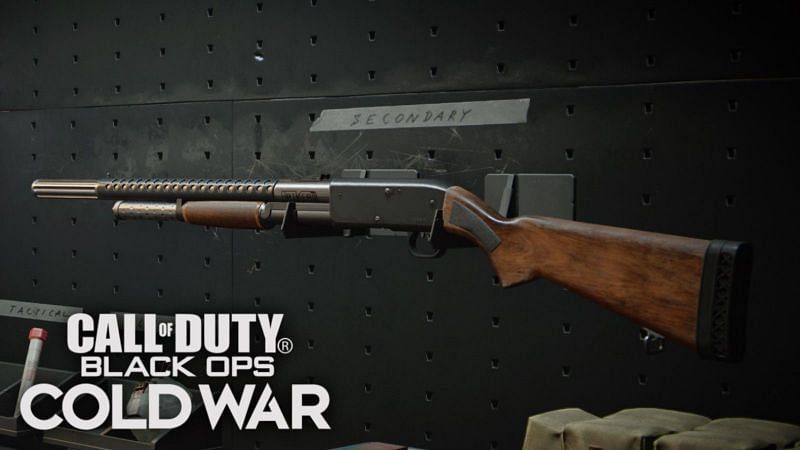 The Hauer 77 has been a brutal shotgun since the very beginning of Black Ops Cold War.

It may not be the most popular shotgun any longer with the introduction of the Streetsweeper, but it can still get the job done. This Black Ops Cold War shotgun might have evened things out in Season 3.

The Streetsweeper was nerfed, giving the Hauer 77 a chance to shine once again. As a secondary weapon, the Hauer 77 can handle various situations that call for surprising and dominant firepower.

The Hauer 77 is a pump-action shotgun that boasts incredible damage and has decent ammunition to start with. A perfect shot can take out a Black Ops Cold War player without the need to follow up.

I’m feeling worried about the cod update. Concerned they’ll make too many weapons irrelevant and generally ttk will be increased. Might just stop playing Cold War mp if I can’t one time people with the hauer anymore ?

The most recent changes to the weapon have made it even more effective at range. This has players excited to pick up the Hauer 77 once more, taking things back to a time when Black Ops Cold War was still fresh.

The Duckbill Choke is a simple muzzle attachment in Black Ops Cold War. There are no penalties for using this attachment. Instead, players will be granted a reduced pellet spread for more accuracy.

The 25.2″ Task Force barrel decreases the Hauer 77’s effective damage range. It increases the overall damage that the weapon does. As a close-quarters weapon, massive damage is invaluable.

Hip fire accuracy is important when up close and personal in Black Ops Cold War. The Hauer 77 receives a 20% hip-fire accuracy increase when the Steady Aim Laser is added to the shotgun.

Speed Tape is another attachment with no negatives. It provides a fair 10% boost to aim down sight time. That makes quickly aiming in and getting those pop shots off just a bit easier.

The last attachment in the loadout is the Shotgun stock. The Shotgun Stock is another Black Ops Cold War attachment with no issues. It gives a small 10% increase to sprint to fire time, adding more mobility to the Hauer 77.