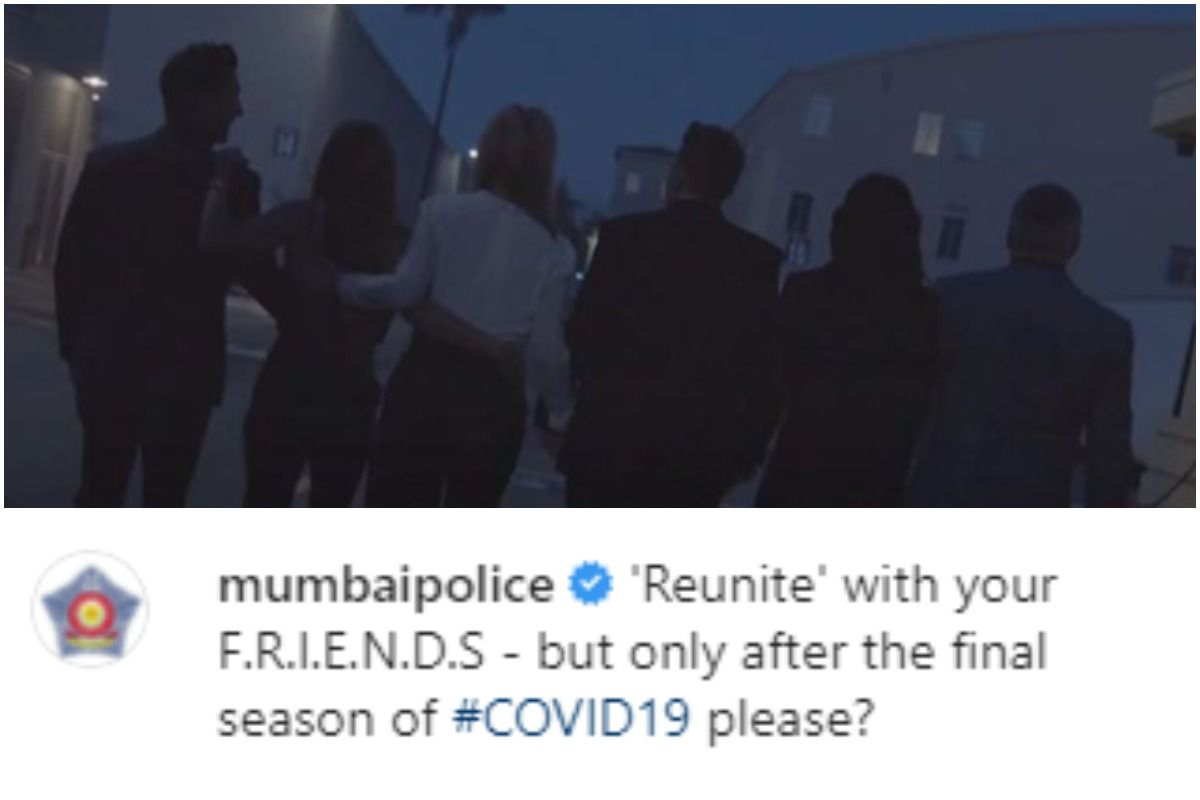 Mumbai: A day after the teaser for the Friends reunion special episode was released, Mumbai police have now given it a hilarious turn. Mumbai police used the teaser to spread coronavirus awareness among people in the city. Also Read – Mumbai Police Uses Harry Potter Meme To Remind People of Double Masking

Mumbai Police took to social media sharing a still from the teaser and wrote, ”Reunite with your F.R.I.E.N.D.S – but only after the final season of #COVID19, please? Till then, online meet-ups will ‘be there for you.” People are already loving this way of spreading awareness by Mumbai cops. Also Read – FRIENDS Reunion Teaser, Date, Time Revealed But Can Indians Watch This Star-Studded Show?

The Friends Reunion special episode starring Jennifer Aniston, Courteney Cox, Lisa Kudrow, Matt LeBlanc, Matthew Perry and David Schwimmer is undoubtedly one of the most awaited ones among fans across the world. The teaser of the episode was released on Thursday and showed the cast walking into the distance. ”The one where they get back together,” it read. The episode will also feature a number of special guests including David Beckham, Justin Bieber, BTS, James Corden, Lady Gaga, Elliott Gould and Malala Yousafzai among others. Also Read – Antilia Bomb Scare Case: Suspended Mumbai Police Cop Sachin Vaze Dismissed From Services

Mumbai police is known for creating awareness through social media in hilarious and witty ways. On Friday, Mumbai Police also used a still from Harry Potter to remind people to wear two masks and be safe whenever they step out. The post featured Professor Albus Dumbledore asking Professor Severus Snape, “Double mask”. To which Snape replied, “Always”.

The special episode was earlier scheduled to launch the HBO Max streaming service in May last year, however, the episode could not be filmed because of the coronavirus pandemic. Friends originally aired in 1994 and its last and the 10th season went on air in 2004.

The Friends reunion special episode will premiere on HBO Max on May 27.