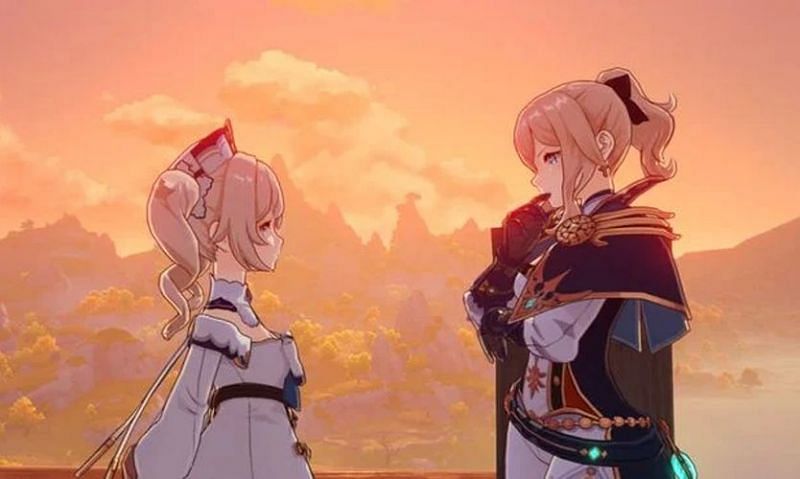 Genshin Impact 1.6 leaks hint at new outfits for the characters in the upcoming version

Beta testing for Genshin Impact 1.6 is already underway, and many exciting leaks for the next update have begun to surface.

Leaks indicate that characters will each have their own personal collection of outfits, and players will be able to dress them using the ones they have collected.

Many players have anticipated this feature for months now, as the Dressing Rooms feature seems a little undeveloped as it currently stands.

As these leaks indicate, Alice will be the one to introduce the new outfit feature to the game, and Jean and Barbara will be the first to get new costumes.

Travelers haven’t yet seen Alice in Genshin Impact, but she has been mentioned on a few occasions. Alice is a famous adventurer, Klee’s mother, Mona’s rival, and the author of the Teyvat Travel Guides.

It’s uncertain how involved Alice will be in the game’s storyline. However, it’s worth noting that she’s not actually listed as an NPC in the game files, meaning she will likely make some sort of meaningful appearance, at least when it comes to the costume system.

– Yes, Alice has dialogue.
– Alice is under “Alice” and not “NPC”.
– There are mentions of “costume” in the audio data.#ProjectCelestia

New outfits for Jean and Barbara in Genshin impact 1.6?

All current information suggests that the two sisters of Mondstadt will be the first characters to have Dressing Room outfits. Jean will have the “Sea Breeze” outfit, while Barbara will get the “Summertime Sparkle.”

There’s little current information on Jean’s outfit, but leaks suggest that Barbara’s outfit will be free for players. If these leaks hold true and Barbara’s outfit is free, it’s likely that players will either receive it in the mail or maybe play through some sort of quest or event where the outfit comes as a reward.

Although version 1.6 is supposed to introduce the much more substantial Inazuma region, many players have also expressed their excitement for the new character skins. Even without a word on what the costume designs will look like, many players are already indicating which outfit they’re anticipating.

Many things are still unclear about the upcoming costume system, such as how often new costumes will be added and how players will obtain them. Some players have speculated that they will be sold for Primogems, while others believe they will be obtained through Companionship Level.

For the time being, the Genshin Impact community can only look forward to future news on character outfits and maybe some early info on the costume designs.

As always, all leaked information is subject to change.