IPL 2021: KKR go down fighting against CSK but change in venue could help batting revival 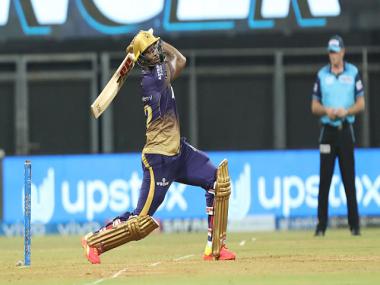 If Wednesday’s double-header is anything to go by, this is turning out to be a topsy-turvy Indian Premier League season. On the one hand, you have free-stroking teams struggling to come to terms with skewered conditions in Chennai. You only have to look at how Mumbai Indians and Sunrisers Hyderabad are struggling to come to terms with playing down South.

Then, there is Chennai Super Kings. They are almost on the other side of this spectrum, but not in a dissimilar way. For one, they too have had to re-strategise. But it is a lot easier at the Wankhede’s batting-friendly conditions. In three of their four games batting first, Chennai have scored 188-7, 188-9 and 220-3.

Of course, it is not completely down to conditions for CSK. It is a complete reversal of form from IPL 2020 when the tournament was played on similar batting-friendly pitches in the UAE, or lest one say, more batting-friendly conditions than currently in Chennai. The bottom-line herein is that CSK’s batting line-up is firing once again, buoyed by the likes of Faf du Plessis and Moeen Ali, who are providing them consistent firepower early into the innings.

It was a key element missing from their 2020 campaign. Ali has been the key revelation for CSK as he has performed the role outlined for him with aplomb. So much so, Suresh Raina has been shafted down to number four so as to anchor the innings. A similar ploy has been used for Faf du Plessis – tie down one end while Gaikwad and Ali go all out to attack. Wednesday evening’s game was a near-perfect execution of CSK’s rejuvenated batting plans.

The thing about playing at the Wankhede is the batting gets progressively better as the game wears on. Nobody is stranger to this eventuality, and even when you score 220-odd, there is always that lurking danger. Already, earlier in this season, we saw Rajasthan Royals almost chase down a similar total. And so, there was no reason for Chennai Super Kings to believe that they could escape without a semblance of fight from the opposition.

Herein, a team like Kolkata Knight Riders seems an oddity. While Mumbai Indians and Sunrisers Hyderabad have to cope with an extended run in tough batting conditions, and while CSK enjoy a similar run on batting-friendly surfaces, the Knight Riders are caught in the middle of that spectrum.

They played three matches in Chennai, and the highlight was a failure to chase down Mumbai Indians’ 152. In fact, that loss did a lot of damage to Kolkata’s confidence, especially in the manner their middle-order let a close game slip by. It raised questions about Eoin Morgan’s captaincy as well as the viability of their team selection.

In the first two games of the season, it was Kolkata’s top-order that came to the party. Shubman Gill and Nitish Rana provided a solution to their opening conundrum, while Rahul Tripathi also chipped in. Rana and Tripathi scored half-centuries to orchestrate their only win so far – against Sunrisers Hyderabad. Even in the loss against Mumbai, Gill and Rana did the bulk of their scoring before the remaining batting order returned the proverbial telephone number as individual scores.

Kolkata’s problems can be routed to that particular loss against Mumbai. It wasn’t down to some good captaincy or optimal bowling in friendly conditions, rather there seemed to be a mental block amongst KKR’s middle-order batsmen. Andre Russell and Dinesh Karthik were caught in two minds about the necessity to attack and lost the plot. Nine times out of ten, middle-order batsmen in T20 cricket have only one job – go all out slam-bang, and think later. When this is not happening, there is cause for concern.

Playing in Chennai, on dual-paced surfaces, was causing real harm to Kolkata. Their batting strategy evolves around a quick, yet steady start, to allow big-hitters like Morgan, Karthik and Russell to do their big-hitting job. In the first three games, this simply wasn’t working. Rusty to begin with, short on confidence on slow surfaces and then loss of momentum severely dented their batting plans. Even on a slightly better Chennai surface against Royal Challengers Bangalore, Kolkata’s batting line-up could do no better than stutter and they eventually lost.

From that particular game, you can almost single-handedly focus on Russell’s batting form. Is there another IPL franchise more dependent on the output of a singular foreign talismanic player? Teams like Mumbai Indians and Sunrsisers have balanced their dependency on the likes of Kieron Pollard and David Warner respectively to a large extent, but Kolkata are yet to find an optimal solution to this problem.

Russell is their key player, undoubtedly, and he simply hasn’t taken off this season. Well, not until Wednesday night against Chennai Super Kings, at least. His last outing on the cricket field prior to the 2021 IPL was in the Lankan Premier League last December, and hence the rustiness to begin with. Thereafter, conditions in Chennai didn’t allow for his batting – nay, hitting prowess – to come to the fore.

Wankhede’s truer batting surface allowed Russell this luxury and the resultant was simple. An awe-inducing knock – 54 off 22 balls, which not only rescued Kolkata from a top-order collapse but also raised the vision of an unlikely win. Six might sixes gave a revising glimpse into what he is truly capable of, whilst his dismissal (left alone and bowled down leg in a T20, seriously?) hinted at a lack of confidence still.

At least his knock provided resuscitation to Kolkata’s flailing batting order, with key contributions coming from Karthik and bowling all-rounder Pat Cummins. The latter’s knock of 66 not out from 34 balls raised hopes of a jailbreak win from the precarious situation of 31-5.

Chennai Super Kings survived a massive scare on Wednesday night and MS Dhoni’s men would have learnt a lot of lessons. Kolkata, meanwhile, can look forward in hope that their middle order might have recovered some batting form, just in time to save their 2021 IPL season.