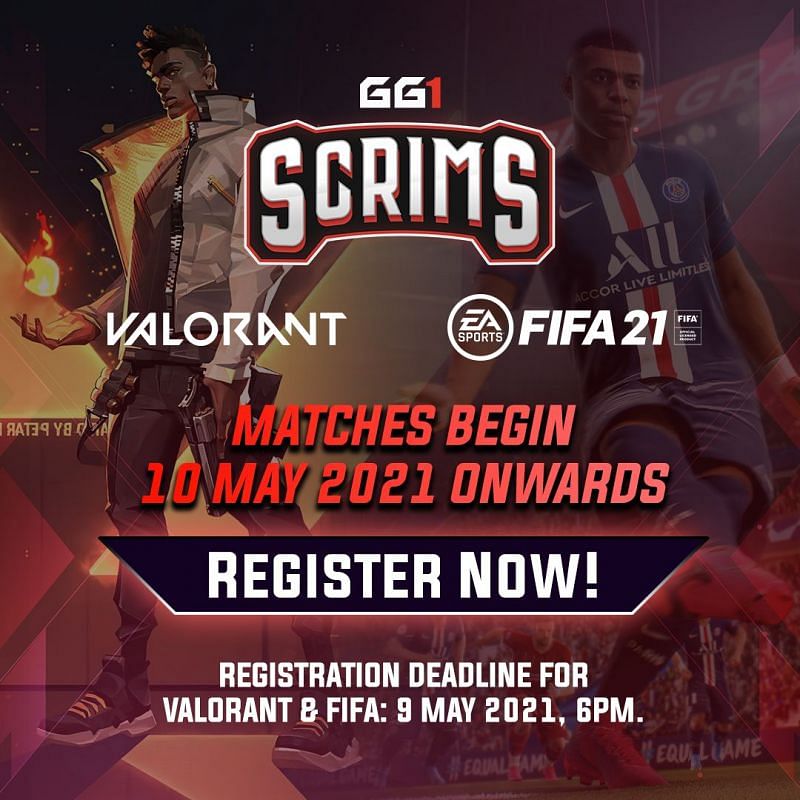 Over the last decade or so, esports in India has grown massively. Esports, in simple terms, is a form of organized, competitive, multiplayer video game competitions conducted among players competing either individually or as teams.

Inspired by the rapid growth in this industry, GoodGame1 (GG1) started as a media and digital entertainment company operating in esports. GG1 operates with the ambition of building an end-to-end ecosystem for esports in India involving leagues, media, and entertainment.

As part of its first event of 2021, GG1 is hosting the GG1 Scrims, a six-week open-for-all competition for the amateur esports community in India. Comprising diverse players from across the country, the GG1 Scrims is expected to have 1600+ participants spread across six titles, including Valorant, FIFA 21, CS: GO, Free Fire, Clash Royale, and Dota 2.

The prize pool of INR 3 Lakhs is sure to attract even more participants from the community.

The unique thing about the GG1 Scrims is that it attempts to nurture the semi-pro and amateur players of the Indian scene. This segment is often overlooked amid the battle for viewership and sponsors in professional esports tournaments at the national level.

GoodGame1 will restrict the top-ranked players and teams of the respective esports titles from participating in the GG1 Scrims. It will include them in further stages to create aspirations for the larger playing audience while attesting to their vision of creating a competitive tournament for semi-pros and amateurs.

GG1 aims to work with the top players in the near future and create platforms where the challengers can compete with the top-ranked and democratize opportunities and competition.

All in all, the GG1 Scrims has set out to pave the way for amateur and semi-pro esports talents nationwide, across different titles. The success of grassroots tournaments like this would ensure the organic growth of the whole esports scene in India.

Having kicked off yesterday, Day 1 saw some brilliant FIFA 21 and Valorant matches of the highest quality. An exciting few weeks are coming up!

Registration link for all titles in GG1 Scrims 2021: https://linktr.ee/GoodGame1

For more updates on the GG1 Scrims and upcoming GoodGame1 events, follow them on: