India has received the Presidency of the United Nations Security Council for the month of August&nbsp | &nbspPhoto Credits:&nbspTwitter

United Nations : India has got the Presidency of the United Nations Security Council for the month of August, after which a kind of fear is being seen in Pakistan. India took this responsibility from France on Sunday, after which whatever French diplomat Emmanuel Lennon said in India was enough to blow Pakistan’s senses. The issues on which he talked about working together with India include anti-terrorist operations.

Earlier, India has made it clear that as a country at the forefront of the fight against terrorism, it will continue to lay emphasis on counter-terrorism efforts. Pakistan, which has been the target of international community for terrorism for a long time, these statements of India and France clearly look terrifying. Pakistan is already facing the setbacks of FATF for not taking concrete action against terrorists operating on its soil.

Pakistan was placed on the FATF gray list in June 2018 by the Financial Action Task Force (FATF) for not taking concrete action against terrorism financing and money laundering, since then it has remained in it. Even at the FATF meeting held just in June, Pakistan failed to convince the international community that it was really serious about its action against terrorism.

At the same time, the statement given by the Prime Minister of Pakistan, Imran Khan, in the midst of the growing stir about the Taliban in Afghanistan, is also enough to increase the concern of the international community. While the international community is concerned about the Taliban’s increasing interference in Afghanistan, the Pakistani Prime Minister sees the Taliban as ordinary people and blames the whole mess on the US, saying that it did not handle the Taliban properly.

Imran Khan’s statement calling the Taliban an “ordinary citizen” comes at a time when the international fraternity continues to raise concerns about the Taliban’s violent activities. Even the United Nations has said that the way women and children are being affected by the violent activities of Taliban in Afghanistan, it is at risk of great harm. If it is not stopped soon, there could be a large number of Afghan civilian casualties this year. 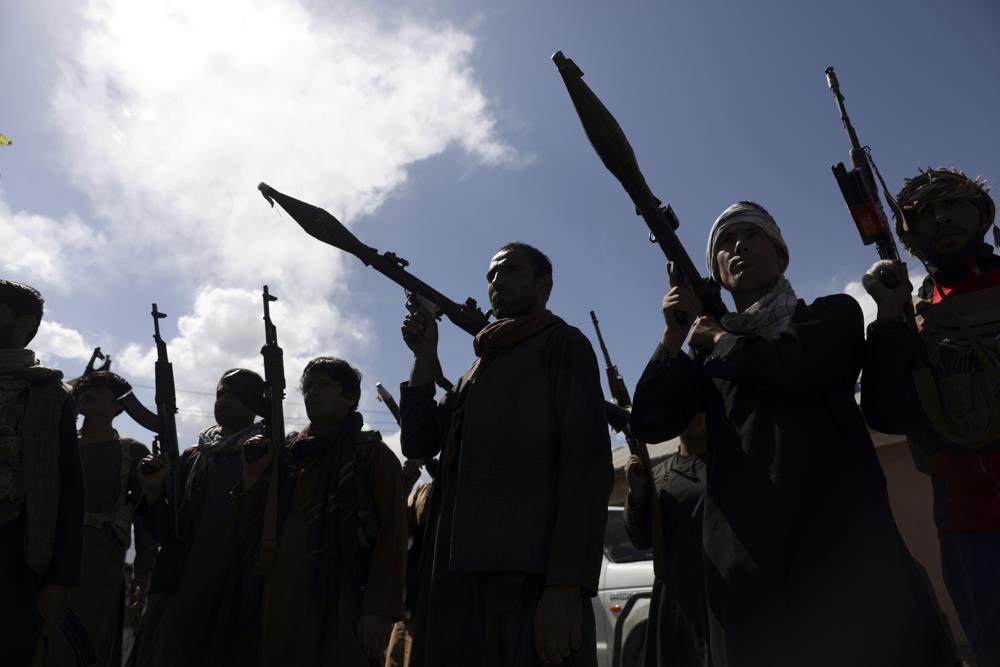 What is the fear troubling Pakistan?

The report about the Taliban has also shocked, saying that Pulitzer Prize-winning Indian photojournalist Danish Siddiqui was not killed in just a simple gunfight, but the Taliban brutally killed him by verifying the identity of Danish Siddiqui and knowing him to be ‘Indian’. murdered. This dastardly incident has once again exposed the brutality of the Taliban, but Pakistan’s Prime Minister Imran Khan feels the same Taliban as ‘ordinary citizens’.

Be it the issue of terrorists operating on Pakistani soil or Pakistan’s silence on Taliban’s violent activities or calling Taliban ‘common citizens’ who are fighting in Afghanistan, it is evident from the statements of the Pakistani leadership that how serious they are about action against terrorism. In such a situation, if India and France have said that they will work on anti-terrorist operations, then fear is natural in Pakistan about it.

Pakistan is well aware that if the FATF has not yet been able to get out of the gray list, then India’s diplomatic efforts are also instrumental in this, which has been continuously exposing Pakistan on the international stage on the issue of terrorism. Now that India has assumed the presidency of the United Nations Security Council for a month, Pakistan’s eyes are fixed on the activities that the UNSC can take up under the chairmanship of India in the coming times.

These issues are to be discussed in UNSC

Among the important issues on which the Security Council is to meet under the chairmanship of India, there are issues of Syria, Iraq, Somalia, Yemen and the Middle East, but there are also three such issues, which have been kept in the high priority list. These include discussions on shipping security, peacekeeping and counter-terrorism. Pakistan’s concern is mainly about the UNSC meetings against terrorism and the decisions taken in it, due to which it seems to be scared at the moment.

Pakistan’s fear is evident from his statement, in which he reacted in a muted manner, saying that ‘Hope India will abide by international rules during the presidency of the UN Security Council’. India’s Permanent Representative to the United Nations TS Tirumurti’s statement is enough to bring stress to Pakistan, in which he said that as a front-line country in the fight against terrorism, India should also focus on counter-terrorism measures. Will keep

(Disclaimer: The views expressed in this article are the personal of the author and the Times Network does not endorse the views)