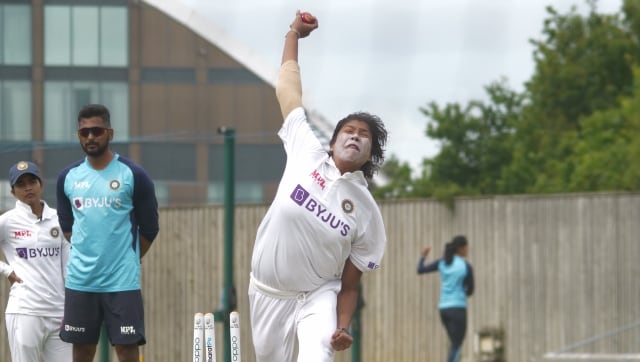 India women vs England women: Mithali Raj, Jhulan Goswami and other visiting players to watch out for

The stark contrast in game time for the Indian men’s and women’s cricket teams were severely criticised a while back, along with the highly unequal pay scales. Making it to the final of the Women’s T20 World Cup in 2020 was a commendable feat, but it took more than a year for the BCCI to finally release the prize money to the women’s team.

Post the ICC tournament, the women’s team finally returned to action in March 2021, playing five ODIs and and three T20Is against South Africa Women in Lucknow. The rustiness was evident in the body language of the players and even the results as they lost the ODI series 1-4 and the T20I series 1-2 against the visitors.

Yes, before the South Africa series, Indian women cricketers had featured in the so-called Women’s IPL (officially called the Women’s T20 Challenge) in 2020, but a four-match tournament hardly counts as game time.

It’s been over two months since they were last seen in action but the wait is now set to end as India women tour England for a multi-format tour, comprising one Test, three ODIs and as many T20Is. The one-off Test, notably, will be one to watch out for since Test matches are a rare phenomenon in women’s cricket. While the Indian women’s team will take part in a Test for the first time since 2014, their English counterparts last played Test cricket in the Ashes in 2019.

It will undoubtedly be a stern test for the visitors since the hosts have more games under their belt, as well as better results, heading into the series. Post the World Cup, the Heather Knight-led side made a clean sweep (5-0) over West Indies Women in T20Is. And earlier this year too, they were in rampaging form, beating their South African counterparts 2-1 in ODIs and 3-0 in T20Is.

Knight, however, termed India as a “very strong side” and said that the series will be a big test for them. But who are the Indian players who could prove to be difference makers? Here, we bring you five players to watch out for in the one-off Test:

The Indian team will heavily rely on Mithali Raj, one of the most experienced faces in the squad. The 38-year-old will be leading the Test and ODI squads. With 7098 runs at an impressive average of 51.06, she is the leading run-getter in ODI history.

Mithali, who has an international career spanning 22 years, has a stellar record in Tests, a format India women play quite rarely. In the game’s longest format, she has struck 663 runs from 10 matches at an average of 51. Her statistics indicate that she relishes batting against England. Mithali averages 63.12 against England (her best compared to other teams), and her highest score of 214 – the only ton to her name – also came against England in 2002 in Taunton.

Considering there are a number of new faces in the squad, Mithali will be expected to play the sheet anchor’s role and get into the groove as quickly as possible. A career strike of 148.31 makes her an obvious starter in the game’s shortest format. The 17-year-old was also the leading run-getter for India in the 2020 T20 World Cup in Australia, wherein she hammered 163 runs from five innings with an enviable strike rate of 158.25.

A clean striker of the cricket ball, Shafali will now feature in both the ODI and Test squads during the England tour. The longest format will be a test of character for the young batswoman, and it will be interesting to see if she alters her natural game to spend long hours at the crease.

As someone who has featured for India in all three formats, Harmanpreet Kaur, Mithali’s deputy and the T20I skipper, will be expected to shoulder a major chunk of responsibility. Her ability to hammer the ball a long way or even rotate the strike, in case the situation demands, makes her a complete batswoman.

The most capped Indian batter in T20Is, she has 2186 runs to her name from 114 matches, including a hundred and six fifties. In ODIs, she has amassed 2532 runs at an average of 35.66, studded with three centuries and 12 fifties.

She hasn’t had the best of outings in Tests with 26 runs to her name, albeit she has only featured in two matches. An intrinsic part of India’s squad, the 32-year-old will have a chance to improve her statistics in the one-off Test as India aim to kick off the tour on a winning note.

Veteran seamer Jhulan Goswami will spearhead the bowling attack in the off-Test and ODI series.

Jhulan, like Mithali, has represented the country in 10 matches in the game’s longest format, claiming 40 wickets at an average of 16.62, including three five-wicket hauls and a 10-wicket haul. Against England in particular, she has scalped 29 wickets from 11 innings at an average of 14.73. Jhulan Goswami during a practice session ahead of the one-off Test. Twitter/@BCCIWomen

The 38-year-old has an international career spanning 19 years and is not new to bowling long spells. The experience she brings to the table will be of great help in assisting young bowlers on the tour.

All-rounder Deepti Sharma has been selected for all three formats on the tour (alongside Shikha Pandey) and is likely to make her Test debut.

Deepti’s inclusion will lend balance to the squad. Fully aware of the same, the 23-year-old will be looking to make a statement on the tour and start out her Test career with a bang.