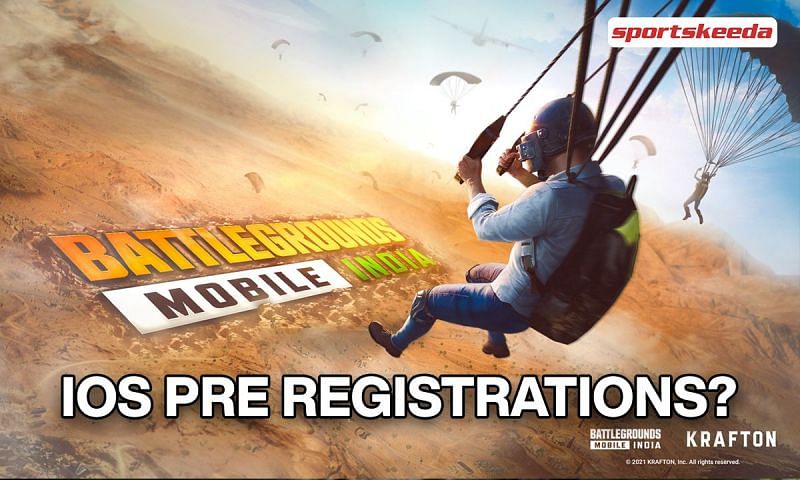 Yesterday, the eagerly awaited announcement regarding Battlegrounds Mobile India’s pre-registration process was made. The game’s community is over the moon as their beloved title is on track for a comeback.

Ever since the ban in September 2020, several events surrounding the revival of PUBG Mobile have taken place. Now, it finally appears that the game will be making a return soon.

iOS pre-registrations for Battlegrounds Mobile India yet to be announced

The announcement by Krafton exactly states:

“To pre-register for BATTLEGROUNDS MOBILE INDIA, please visit the Google Play Store and click on the “Pre-Register” button, and your rewards will automatically be available to claim on game launch.”

In the announcement, the developers didn’t specify anything for iOS users. Fans of the game were dismayed and have asked about the same on Twitter:

Good news for all online gamer. The new online game is Battleground mobile will launched on 18/05/2021 in India. This game will play only by the android mobile and this game only get in play store but willnot get in apple store…..?#stay home #stay safe.❤️ pic.twitter.com/phE5XccIA9

What about App store????

Same date for ios too?

It is worth noting that the game will be released on iOS sooner or later, and players using the platform can only wait at the moment.

The developers have also disclosed that there are exclusive pre-registration rewards for Battlegrounds Mobile India, and they are specific to Indian players only.

Other details of Battlegrounds Mobile India

In one of his recent videos, TSM Ghatak, a PUBG Mobile pro, mentioned that the old inventories of the players would be retained in Battlegrounds Mobile India.

Apart from that, he talked about matchmaking and more, and users can check out the entire video below:

To keep up with all the official news about the game, users can follow its social media handles. Here are the links for them: