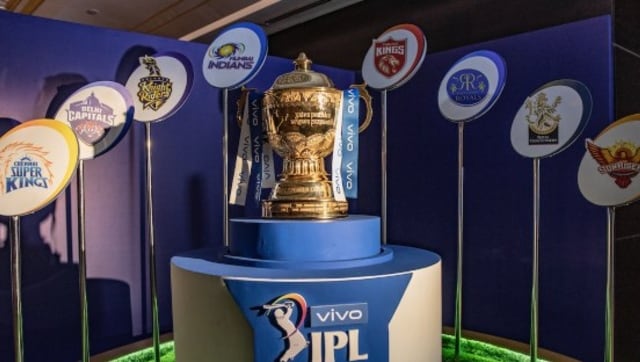 IPL 2021 to resume in UAE in September, final call on T20 World Cup in a month, says BCCI The general body of the BCCI on Saturday approved the IPL’s resumption in September in the UAE and also decided to seek one month’s time from the ICC to assess the COVID-19 situation in India before taking a final call on the ICC T20 World Cup.

The Special General Meeting (SGM), held virtually, lasted for about 50 minutes as the members were unanimous in their approval of the two agendas on the day.

“The SGM approved the decision to hold the remaining matches of IPL between September and October. The dates will be intimated later,” a senior state association member, who was present in the meeting, told PTI on conditions of anonymity.

“In September, it’s the time for retreating monsoon in India. Also the fact that three grounds in the UAE makes it easier as we had seen in 2020.”

The likely dates will be between 18 September and 10 October.

He said all the members want the T20 World Cup to be held in India in last week of October but no decision can be taken right now.

“The BCCI representatives — president Sourav Ganguly and secretary Jay Shah — will be seeking time till July 1 after which another SGM will be held to decide on whether we would go ahead with hosting of World T20.

“Right now, the health situation in the country doesn”t allow us to take any final decision.”

In a short statement, the BCCI said all the members unanimously agreed to resume IPL in the UAE.

“The BCCI on Saturday announced to complete the remaining matches of VIVO Indian Premier League 2021 season in the United Arab Emirates (UAE) considering the monsoon season in India in the months of September-October this year.

“The BCCI SGM further authorised the Office Bearers to seek an extension of time from the ICC to take an appropriate call on the hosting of ICC T20 World Cup 2021,” secretary Jay Shah said in the statement.

The senior state association member said there is also a tax rebate issue which is still an ongoing process.

“ICC wants tax waivers but we have to abide by government guidelines. But a World T20 in India means that all the stakeholders happen to gain. But sitting in May, you can’t predict the health emergency in October. So we need some time,” he said.

While IPL’s UAE shift was a foregone conclusion, the office bearers intimated the general body about the issue of availability of players.

“The BCCI is pretty clear that even if there is a case of unavailability of English players due to their series against Pakistan, we are not going to plead to any of the boards about releasing their players.

“The first and foremost thing is to complete the 31 remaining games of IPL. We believe other aspects will be taken care of,” he added.

One member from a state association had informally raised the issue but he was told in no uncertain terms that this is not the appropriate forum as SGM needs to be held as per agenda.

“The compensation thing has already been passed at the AGM last January. Yes, they haven’t worked out a formula and trust me it’s not the easiest thing. Dada (Sourav Ganguly) has got approval for compensation but what’s the formula?

“Today, if a state gives contract to 20 players, which is a standard upper limit, there will be five who may just move court and say that this year they were supposed to be selected? These are things that the Board needs to sort out,” an official of a heavyweight state said.

BCCI president Sourav Ganguly and secretary Jay Shah will join vice president Rajiv Shukla in Dubai for the ICC Board Meeting on 1 June where there will be discussions on the fate of the T20 World Cup in India in october.

“As they will ask for one month’s time, the best option for BCCI is to hold it in Maharashtra — three grounds in Mumbai and one in Pune. However, the issue of Pakistan travelling to Mumbai could be more of a political decision where the security will also need to be factored in,” the official said.

See also  Taliban In Afganishtan. Who are the thousands of contractors on whom the fear of Taliban shadow will be punished for supporting America!