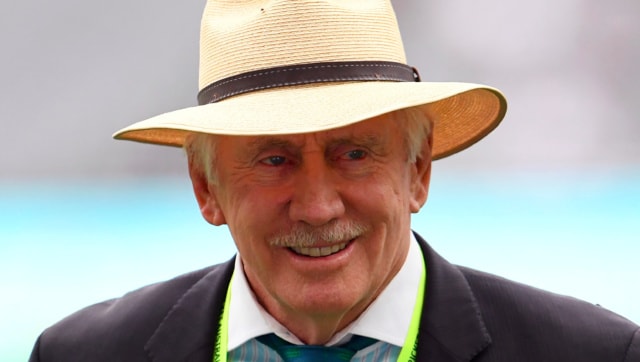 New Delhi: Australian great Ian Chappell feels the suspension of IPL is a reminder of cricket’s vulnerability and does not rule out the COVID-19 pandemic forcing a postponement or shifting of the upcoming T20 World Cup from India.

“The suspension of the 2021 IPL tournament because of surging Covid infections and deaths among the public, and a number of participants testing positive, was a reminder of the game’s vulnerability,” Chappell wrote in his column for ‘ESPNcricinfo‘. India, which is grappling with a devastating second wave of the pandemic with cases rising by over 4 lakh everyday, is scheduled to host the T20 World Cup in October-November.

“In the current disastrous climate, the suspension of the IPL could also produce a precedent. It may lead to the World T20 event, programmed for India later in the year, either being postponed or moved.”

Chappell recalled a few incidents that led to the disruption of the game in the past.

“In the past, tours have been aborted and matches abandoned for a variety of reasons. Many of these involved back stories, some of which were tragic and others amusing.”

The 77-year-old recollected how poor weather during the 1970-71 Boxing Day Test between hosts Australian and England led to the first ever One-Day International.

“In 1970-71 the MCG Boxing Day Test between Australia and England was abandoned without a ball being bowled after heavy rain ruined any chance of a competitive match.

“That led to the first ever ODI being played in lieu of the Test in an effort to recoup some of the lost revenue. The match was agreed between officials of both countries without the players being consulted, and this angered many in the England camp.

“It was yet another arrow in the players’ quiver in the build-up to the World Series Cricket (WSC) revolution in 1977-78. WSC is portrayed as an Australian uprising but that belies the fact that more than

50 players from many different countries were among the original signees.”

The former Australia skipper also wrote about the time when Pakistan players forfeited a Test in 2006 against England over ball-tampering allegations.

“In 2006 the fourth Test between England and Pakistan came to a premature end with much recrimination. Pakistan forfeited the match after refusing to take the field when the team was accused of ball-tampering and penalised five runs.

“Despite cricket employing more sheriffs than you’d find in the old American Wild West, the Pakistan captain, Inzamam-ul-Haq, could not be coaxed into taking his team back onto the field. After a lengthy delay the match was awarded to England on a forfeit,” he said.

“In a disgraceful attempt at compromise, the ICC subsequently declared the match a draw in 2008.

“However, integrity finally won out in 2009 when the decision was reversed at the behest of the MCC, who quite rightly claimed that to not uphold the laws set a dangerous precedent,” Chappell said.