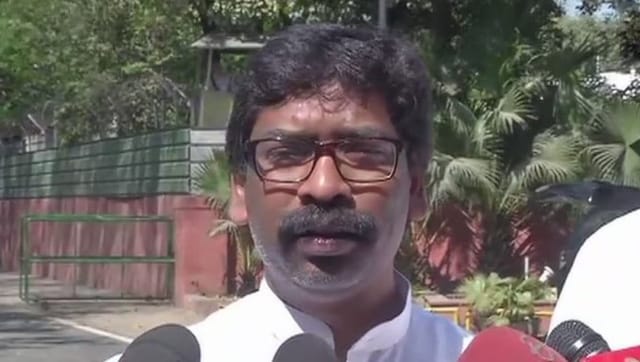 Ranchi: The Jharkhand government on Wednesday extended the lockdown-like restrictions with stricter provisions, including seven days mandatory quarantine for people visiting the state, till 27 May amid a surge in COVID-19

The cap on people attending weddings has been fixed at 11, lower from earlier 50 persons with a provision that marriages can be conducted either at homes or at courts.

The restrictions, first imposed on 22 April were extended till 13 May and now stand further extended till 27 May with harsh provisions.

The decision to this effect was taken at a meeting of the State Disaster Management Authority, chaired by Chief Minister Hemant Soren.

deaths, taking the toll to 4,085 with maximum fatalities being reported from the state capital Ranchi.

The curbs imposed as ‘Health Safety Week’ from 16 May will have firm conditions while previous restrictions that were announced till 13 May will now continue till 16 May, an
official said.

“The new restrictions include mandatory seven days home or institutional quarantine for people visiting the state barring those who will leave the state within 72 hours,” a state government official said.

Operations of inter-state and intra-state buses have been suspended while private vehicles will have to obtain e-passes for plying.

The official said that the number of people attending weddings has been fixed at 11, down from earlier 50 persons with a provision that marriages can be conducted either at
homes or at courts.

Organising any ceremony during weddings will be prohibited, the official added.

There have been a number of auspicious dates for marriage during the period. Under the stricter provisions, social distancing norms will be implemented strictly.

The state has already prohibited all indoor and outdoor congregations of more than five persons.

The restrictions first imposed as Health Safety Week till 28 April had been expanded earlier till 6 May and then till 13 May.

All education centres and coaching institutions were closed and all examinations postponed.

Cinema halls, multiplexes, stadiums, gymnasiums, swimming pools and parks, among others, had also been closed in the state.

Agriculture, industries and mining operations were functioning while essential and emergency services were exempted.

Ranchi district recorded the maximum number of new fatalities at 36, followed by East Singhbhum (14) and Dhanbad (10).