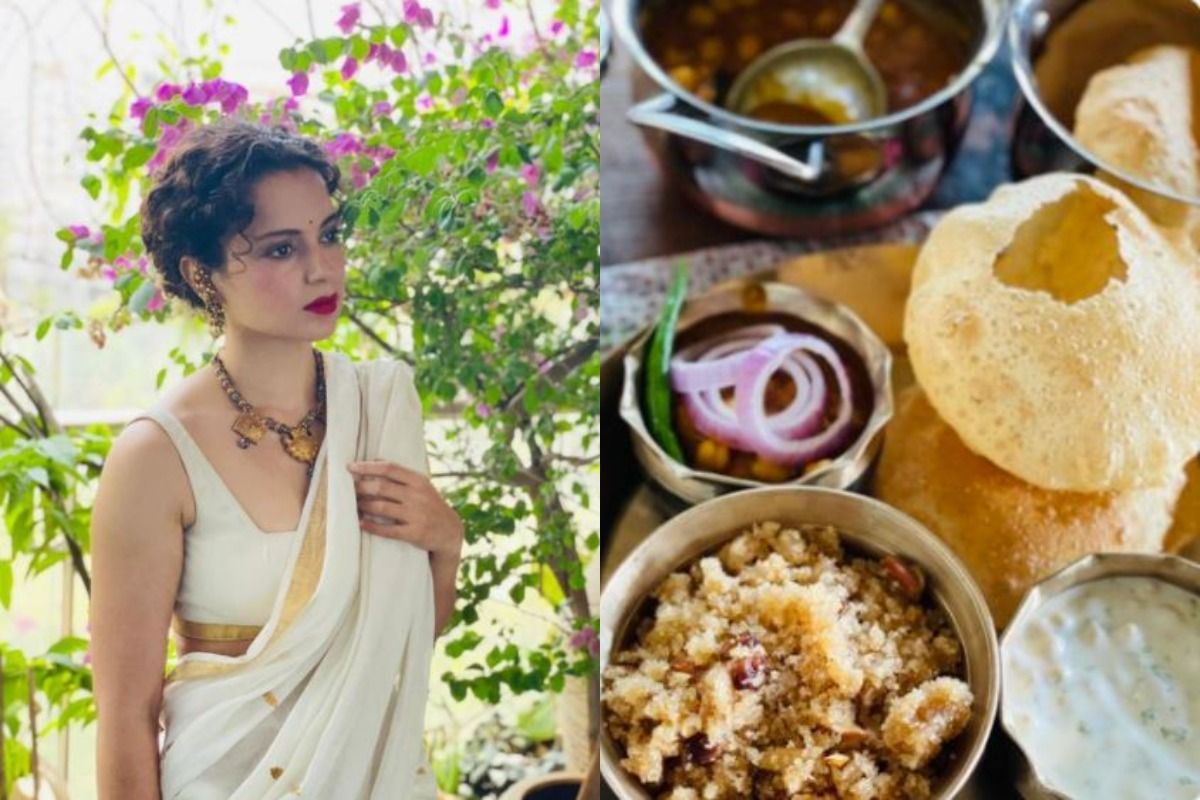 Actor Kangana Ranaut has been mercilessly trolled after she posted a picture of Durga Ashtami bhog Prasad with onions. On the occasion of Astami, the actor revealed that she is fasting while her family gets to gorge on these delicacies. However, Twitterverse was quick to spot a bowl of onions. Onions and garlic are not considered satvik food items, which means it is a strict no-no in a Hindu household, especially during puja days. The bowl of Onions on Ashtami makes Kangana ‘anti-Hindu’ as per the Twitter users. Also Read – Jaya Bachchan Gets Brutally Trolled After Pushing a Man in Roadshow, Twitterati Call Her ‘Rude And Arrogant’

The picture shared by Kangana includes a poori, halwa, boondi raita along with an onion salad, served on a brass plate. Sharing on Twitter, she wrote, “Imagine to be fasting on ashtami when parsadam in your house looks like this (sic).” Ashtami ki hardik shubhkamnayein (Best wishes for Ashtami) in Hindi. (sic)” Also Read – Krishna Shroff Gets Trolled For Posting Bikini Picture Again, Fans Say ‘Sanskaari Bano’

Also Read – Ankita Lokhande Trolled For Her Hip-Hop Video, Fans Ask ‘What Was That’

However, Kangana was quick to put up a clarification where she stated that her brother had come over for some work and if he wishes to eat onions, he may. She also said that the beauty of Hinduism is that it is not rigid like other religions.