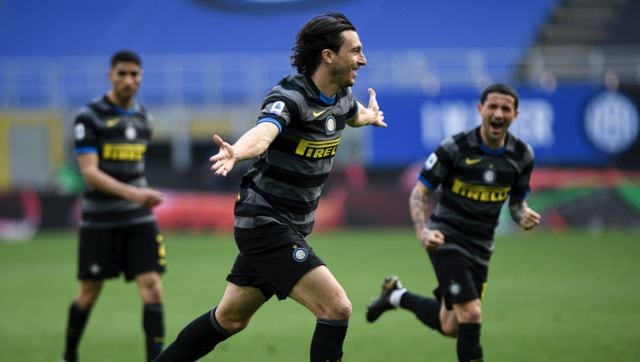 Juventus are equal on points with AC Milan in third place, with Atalanta a further point behind before hosting Bologna later Sunday. 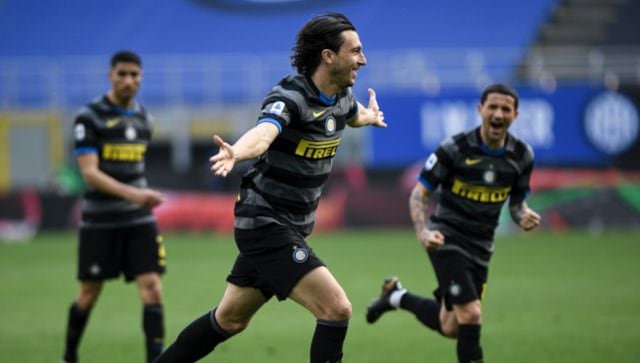 Milan: Matteo Darmian scored the only goal to push Inter Milan to the brink of the Serie A title with a 1-0 win over Hellas Verona on Sunday with coach Antonio Conte hailing the victory as worth “nine points”.

Achraf Hakimi sent the ball through for Darmian to grab the winner after 76 minutes in the San Siro as Inter open up a 13-point lead on AC Milan who travel to Lazio on Monday.

“Today’s victory is not worth only three points, not even six. It is worth nine,” said Conte.

“The ball begins to weigh, we are feeling the pressure.

“This win is worth 95% of the Scudetto. We haven’t won it yet but we are close.”

Juventus are equal on points with AC Milan in third place, with Atalanta a further point behind before hosting Bologna later Sunday.

With five games left to play, Inter could claim their first Serie A title since 2010 as early as next weekend.

Conte’s side had been held 1-1 in their previous two games against Napoli and Spezia.

On Sunday, Lautaro Martinez sent over the bar after connecting with a Romelu Lukaku header with Hakimi missing chances in either half.

But the Moroccan full-back set up fellow defender Darmian for the winner to rescue the three points as he had against Cagliari two weeks ago.

Verona captain Davide Faraoni thought he had scored a late equaliser from close range but the goal was ruled out for a foul on Inter goalkeeper Samir Handanovic.

In Florence, second-half substitute Alvaro Morata scored immediately after coming off the bench to rescue a point for Juventus.

Dusan Vlahovic had put 14th-placed Fiorentina ahead from the penalty spot after half an hour after Adrien Rabiot was penalised for a handball.

Vlahovic stepped up with a well-taken Panenka past Wojciech Szczesny for his 17th goal this campaign.

Aaron Ramsey missed the chance to equalise before the break sending the ball wide.

Andrea Pirlo sent on Dejan Kulusevski and Morata after the interval in place of Leonardo Bonucci and Paulo Dybala.

And Morata pulled a goal back immediately curling in from a tight angle.

Cristiano Ronaldo missed a chance for the winner, nodding wide with six minutes to go.

Juve risk slipping out of the top four with Atalanta playing later and Napoli just three points behind before playing lowly Torino on Monday.

Fiorentina are still not assured of top flight survival as they are six points above the relegation zone.