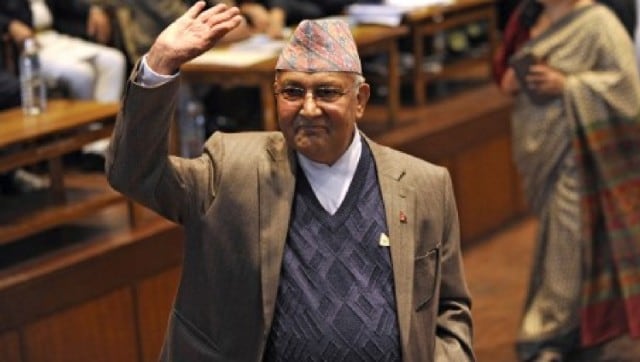 After losing the vote of confidence, Oli is automatically removed from his post. Now the new coalition government will be formed as per the constitutional process, said a senior Nepali Congress leader Prakash Man Singh Kathmandu: Nepal Prime Minister K P Sharma Oli lost a trust vote in the House of Representatives on Monday, in a fresh setback to the embattled premier seeking to tighten his grip on power after the CPN (Maoist Centre) led by Pushpakamal Dahal Prachanda’ withdrew support to his government.

Prime Minister Oli secured 93 votes in the lower house of parliament during a special session convened on the directives of President Bidya Devi Bhandari.

Oli, 69, required at least 136 votes in the 275-member House of Representatives to win the confidence motion as four members are currently under suspension. A total of 124 members voted against the confidence motion while 15 members stayed neutral, Speaker Agni Sapkota announced. The session was attended by 232 lawmakers.

“As the votes cast in favour of the motion fell short to achieve a majority of the existing strength of the House of Representatives, I hereby declare that the prime minister’s motion to seek a vote of confidence has been rejected,” Sapkota announced before adjourning the House.

With this, Prime Minister Oli is automatically relieved from his post as per Article 100 (3).

See also  'Soldiers raped us and starved us', shocking incident with women in Tigray, hundreds of women and girls during the Tigray war : Amnesty International

The main Opposition Nepali Congress and the Communist Party of Nepal (Maoist Centre), which control 61 and 49 votes, respectively, voted against Oli’s trust motion.

The Janata Samajbadi Party, which has 32 votes, however, was divided. The Mahantha Thakur-led faction stayed neutral while the Upendra Yadav-led group voted against Oli.

After its alliance with Nepal Communist Party Maoist Centre led by Prachanda withdrew its support to the government last week, Oli’s government was reduced to a minority one.

After losing the Vote of Confidence, the Prime Minister is automatically removed from his post and now the new coalition government will be formed as per the constitutional process, said senior Nepali Congress leader Prakash Man Singh.

The senior leader of CPN-Maoist Ganesh Shah said that Oli should immediately resign from the post and pave way for the formation of an alternative government.

The CPN-Maoist will join hands with the Nepali Congress and other parties who voted against Oli to form a coalition government at the earliest, he said.

See also  Will punishment be given by cutting off hands and feet in 'Naya Raj'? What will be the attitude towards women? Know what the Taliban said? Afghanistan people fear return to brutal rule despite Taliban vows

Nepal plunged into a political crisis on 20 December last year after President Bhandari dissolved the House and announced fresh elections on April 30 and May 10 at the recommendation of Prime Minister Oli, amidst a tussle for power within the ruling Nepal Communist Party (NCP).

Oli’s move to dissolve the House sparked protests from a large section of the NCP led by his rival ‘Prachanda’.

In February, the apex court reinstated the dissolved House of Representatives, in a setback to Oli who was preparing for snap polls.

Oli repeatedly defended his move to dissolve the House of Representatives, saying some leaders of his party were attempting to form a “parallel government”.

Oli, who joined politics as a student activist in his teenage and spent 14 years in jail for opposing the now-abolished monarchy, became Nepal’s Prime Minister for the second time in 2018 as a joint candidate of the Left alliance.

The alliance between the CPN (Unified Marxist Leninist) and Pushpa Kamal Dahal Prachana’-led CPN (Maoist Centre) won a majority in the House of Representatives and in six of the seven provincial assemblies in the 2017 elections. After their victory, the two parties formally merged in May 2018.

However, the NCP, formed after the merger between Oli-led CPN-UML and ‘Prachanda’-led CPN (Maoist Centre) in May 2018, split following the power tussle between the two leaders. Prachanda’-led faction withdrew its support to the Oli government last week, reducing it to a minority one.

Known for his pro-China stance, Oli had earlier served as the country’s prime minister from 11 October, 2015 to 3 August, 2016 during which Kathmandu’s ties with New Delhi had strained.

See also  Withdrawal of American forces from Afghanistan is the right decision, Joe Biden said - got a tough lesson