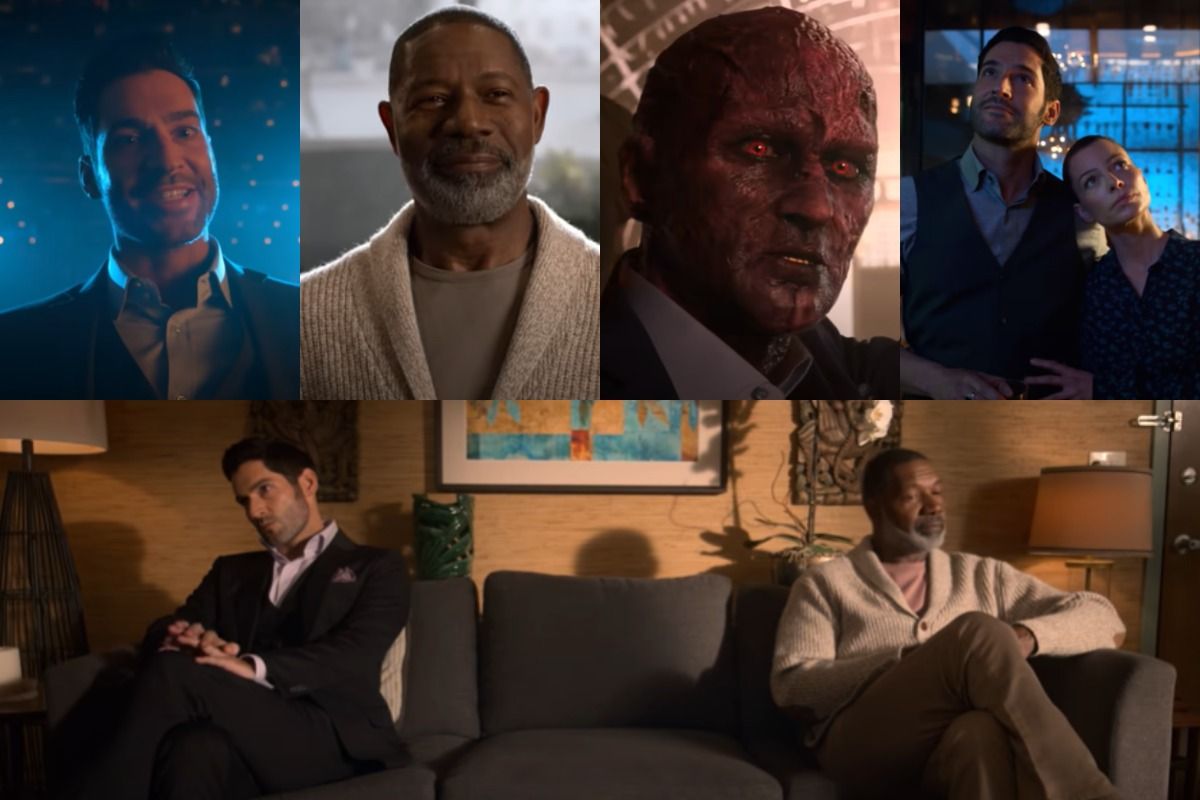 Los Angeles: Netflix has released the official trailer for the upcoming season of Lucifer and fans are already loving it. Also Read – Lucifer Season 5B: Devil Comes Face-To-Face With His Twin Brother – See New Poster

The two minutes 15 seconds trailer begins with the entry of God in the show and then presents the drama of ‘the most dysfunctional family ever’. The first half of the trailer depicts god dealing with ‘humanly’ affairs – dinner with family including Linda, visiting Lucifer’s office to see his desk, asking his son to work hard. Lucifer then suggests to his father that they must work on their relationship and the duo can next be seen sitting in Dr. Linda’s office. However, the twist in the trailer comes when God announces that it’s time for him to retire. It is then, that Lucifer decided to become God and do things differently. But what comes on his way, is his brother Michael – who wants to replace his father as well. What follows is a war. The trailer also builds on Lucifer and detective Decker’s relationship. Also Read – Randeep Hooda Speaks Up on Bollywood’s Cold Reaction to Extraction: Maybe They Didn’t Like My Acting

Following the release of the trailer, fans took to Twitter expressing excitement. Take a look at what some of the fans have to say:

This moment is the most painful to me

The moment God finds out just how badly he failed his son when he sees Lucifer’s Devil face pic.twitter.com/DkLWkrdNIF

these gave me the same vibes. this is so lucifer. the devil is literally a child pic.twitter.com/rSIWFLy463

The official trailer comes a day after a new poster of the show was released. The poster depicted Lucifer coming face to face with his twin brother, Michael. (And now we know why!)

While this second half of Lucifer season 5 is scheduled to release on May 28, the first revolved around Michael the Archangel, the Devil’s twin brother who comes to Earth and begins impersonating Lucifer in an attempt to ruin his brother’s reputation. However, Michael was caught and given a large scar on his face so that he can never impersonate Lucifer again.

Lucifer Season 5B will be released on May 28.