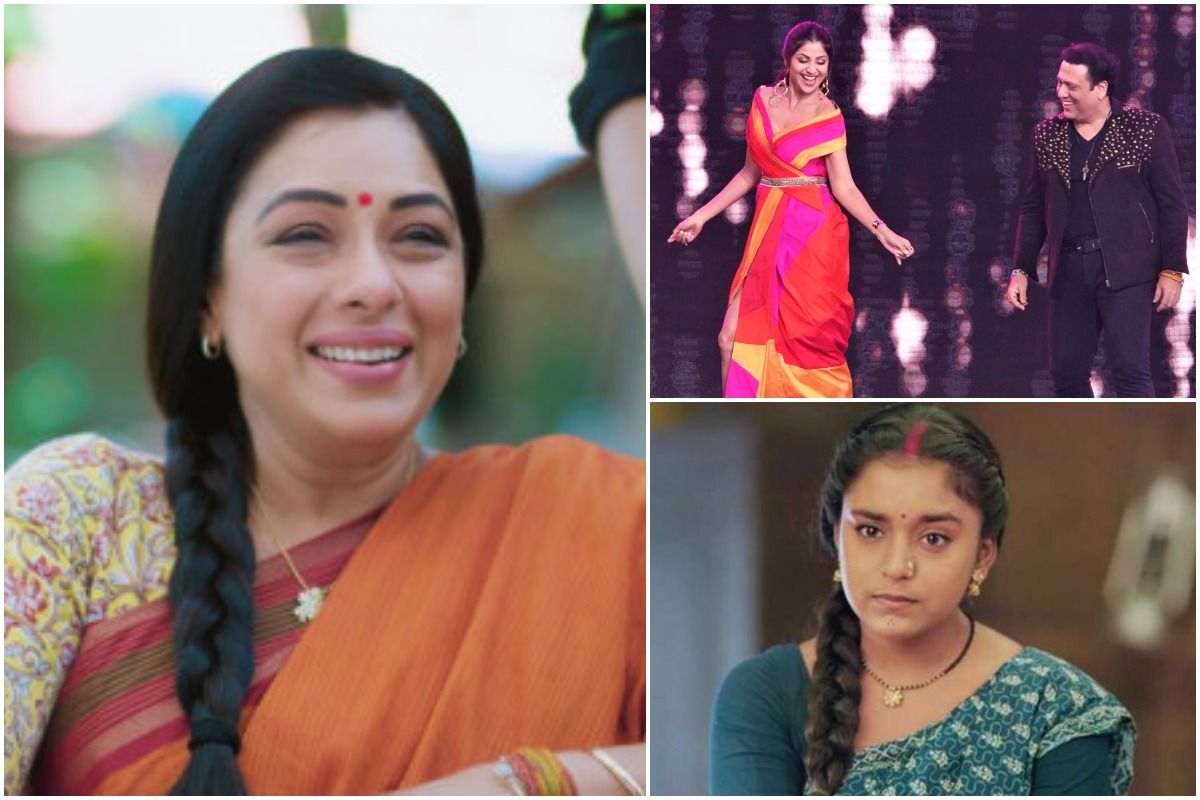 Anupamaa beats Indian Idol 12 in TRP ratings: Anupamaa has claimed its throne once again and has grabbed the top spot on the TRP list. As per the latest data released by BARC on its official website, the Rupali Ganguly and Sudhanshu Pandey starrer has beaten all other TV shows by a huge margin to come back to its top spot on the TRP list. Rajan Shahi’s Anupamaa has been ranked on the top with 9.2 million impressions. Also Read – Anupamaa Mega Twist: Anupama-Kavya to Live Under Same Roof With Vanraj After Bapuji’s Decision?

Major credit to the show’s amazing TRP goes to the Vanraj and Kavya’s wedding track during which the audience even saw Anupama giving it back to Kavya in an episode and asking her to not speak against her family and kids. The current track shows Anupama falling unconscious and being admitted to the hospital as Vanraj and Kavya get married. She undergoes surgery after which the Shah family organises a grand welcome for her. The second show on the list is Star Plus’ Ghum Hai Kisikey Pyaar Meiin that has received 7.84 million impressions and it’s just slightly ahead of Star Plus’ show Imlie in the battle of the TRP. Imlie is on the third spot on the TRP list with 7.82 million impressions. Also Read – Indian Idol 12 Row: Abhijeet Bhattacharya Spoke to Amit Kumar, Says ‘Controversy Blown Out of Proportion’

The show that seems to have maintained its position in the top five is Sab TV’s Taarak Mehta Ka Ooltah Chashmah. The Dilip Joshi and Munmum Dutta starrer comedy show is at the fourth spot with seven million impressions while Super Dancer-Chapter 4 has crawled up to beat others and become the top fifth show this week. The popular reality TV show saw Govinda and Neelam recreating the magic of their chemistry from the ’90s Bollywood movies last weekend. Super Dancer-Chapter 4 is at number five with 6.7 million impressions. Check out the full list here: Also Read – Taarak Mehta Ka Ooltah Chashmah Fame Nidhi Bhanushali Aka Sonu Struggles To Chop Potatoes As She Lives Village Life | See Photos

Indian Idol 12, and Yeh Rishta Kya Kehlata Hai – two shows that have remained consistent in the top five on the TRP list have slipped this week. While the singing reality show is under a lot of controversies, the wedding track in Yeh Rishta is over now causing a dip in the ratings.

So are you happy with Anupamaa rising to the top this week?