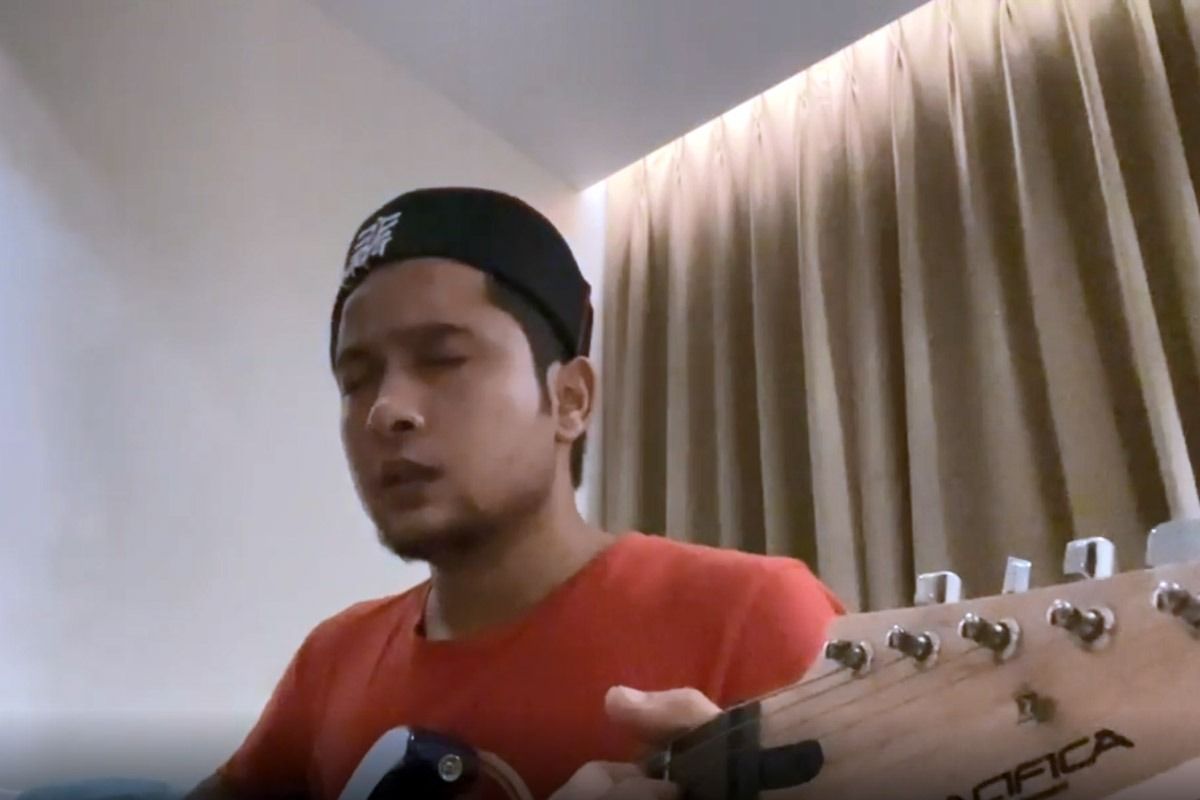 Daman: Singer Pawandeep Rajan has emerged as one of the most popular contestants on the singing reality show, Indian Idol 12. Several times on the show, he left judges, viewers, and special guests spellbound with his stellar performances. Now, his recent video, where he can be seen paying tribute to Ustaad Nusrat Fateh Ali Khan, has gone insanely viral on social media. In the viral clip, he can be seen crooning to the song ‘Sajna’ as he plays guitar. Also Read – Indian Idol 12: Aditya Narayan Issues Unconditional Apology For Hurting Sentiments With His Alibaug Remark

In the video, he can be seen clad in a red t-shirt and a black cap as he leaves his fans mesmerised with Sajna’s cover. Also Read – Udit Narayan on Indian Idol 12 Controversy: Why Only Aditya Spoke And Everyone Else Remained Clean?

Earlier, his old video playing tabla surfaced around the internet as his friend sings Sahiba song from Phillauri.

Pawandeep comes from a music background as his father Suresh Rajan and sister Jyotideep Rajan are professional singers. In fact, Pawandeep Rajan’s father is a renowned Kaumani folk singer. On the show, Pawandeep is often paired with his co-contestant Arunita Kanjilal. They are often spotted spending time together as they rehearse and play games.

However, host Aditya Narayan has clarified in a recent interview that their romance is fake. Speaking with Bollywood Spy, he said, “Hum masti karte hai (We are just having some fun). People say that we cook up make-believe affairs on reality shows. So what? Did we ever say no? We do it. Ye dhong hai (This is all lie). But you enjoy it no? Because we love to do it. They are young people and if something does happen between them, they have our wishes, and if not, it’s their lives. So we are just enjoying. Last season, with what happened between Neha and me, people got offended as if they are our relatives. ‘How can you do this?’ I say ‘Hello, we are putting on a show.”

As per the Bollywood Life report, the makers have recently introduced a new elimination rule, Powerplay. It means that there will no evictions in the coming few weeks and the top nine contestants will continue to perform. Once the powerplay ends, the judges will calculate the total number of votes each contestant has received. The contestants with the highest number of votes will get a direct entry into the finale. It is also reported that out of nine participants, only five will make it to the finale whereas other contestants will be evicted together.