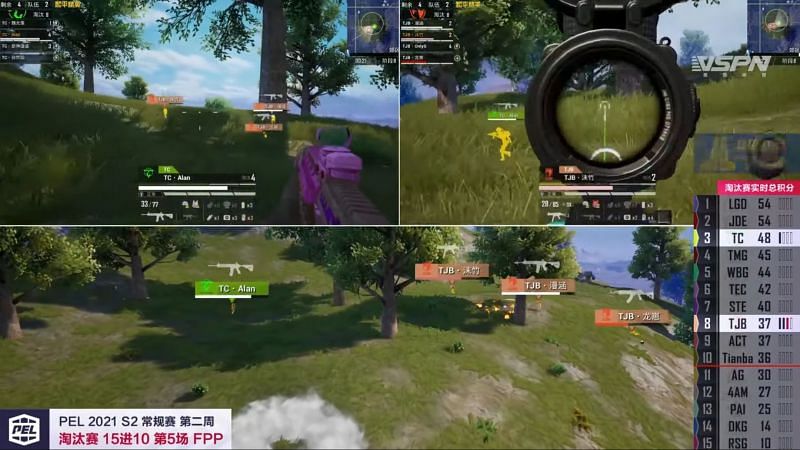 Day 2 of the second week of the Peacekeeper Elite League (PEL) 2021 Season 2 concluded today. The top 10 teams have qualified for the second weekly finals while the bottom five will have to sit out this week.

At the end of the day, The Chosen topped the charts with 34 kills and 58 points, followed by LGD Gaming with 31 kills and 54 points. JDE is in third spot with 26 kills and 54 points. Fan-favorite Four Angry Men had a horrendous day as they secured twelfth place and didn’t qualify for the weekly finals. Chosen Alan was the top fragger of the day with 14 eliminations, TJB OnlyS also took 9 kills in the day.

The day started with JDE winning on Miramar with nine kills, while TEC played aggressively to secure second place with 10 kills followed by ACT Gaming with seven frags.

LGD won the second match on Miramar with eight kills. However, The Chosen topped the points table with 11 kills. They were followed by All Gamers with seven kills. TC Alan was awarded the MVP title as he took five frags.

Team Game won the third match on Sanhok with 10 eliminations followed by All Gamers with four kills. Tianba and Team Weibo took five kills each.

JDE clinched the fourth match on Erangel with 12 kills, followed by TJB and Team Pai with seven and eight kills respectively.

The fifth and final match on Erangel was won by Tong Jia Bao Esports (TJB) with nine eliminations followed by The Chosen with eight kills. LGD took seven frags in the match.