Nine years ago at the London Olympics, Rahi Sarnobat was overwhelmed by the occasion. Heading into her second Olympics this year, the 30-year-old says she relishes pressure, and cannot perform without it. 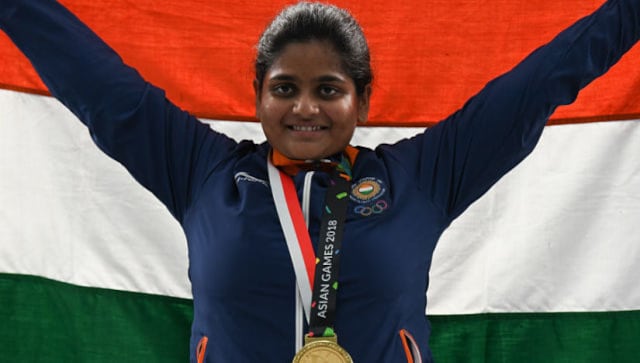 Rahi Sarnobat remembers being overcome by the occasion. She was at her first Olympic Games at London 2012, and the stage was understandably too overwhelming for the then 21-year-old pistol shooter — her 19th place finish in the 25m pistol event reflecting her nerves.

Nine years on, Sarnobat will be among the rare shooters in a 15-member Indian shooting contingent to have gone to an Olympic Games.

“The biggest lesson I got in London 2012 was that we as athletes are much more than what we think ourselves to be. Our abilities are much higher than what we believe,” Sarnobat told journalists on Saturday in a conference call arranged by the Sports Authority of India.

“At London 2012, I was overwhelmed by just being there with world-class athletes. I was very satisfied by just being there. But after my competition, I realised that the Olympics were not unachievable. I realised that competing at the Olympics was absolutely in my hands. It was just my thought process (holding me back). I was too new for the game. My perspective for the Tokyo Games are going to be really different. I believe in myself and the Indian shooters. We’re going there as a stronger team,” said the 30-year-old.

Considering her stature as a former Olympian, are junior shooters such as Manu Bhaker, Elavenil Valarivan, Saurabh Chaudhary, Divyansh Singh Panwar and Aishwarya Pratap Singh Tomar asking her questions about competing at the biggest stage?

“It’s not about me having been there (at the Olympics) and then telling them something (as an Olympian). It is not like that. Only when they come and ask me that I talk about my experience. They have questions about how the range is or how the weather is (when we are going to compete in a city that I have shot at before). They do not have questions about my experience of competing at the Olympics. They really have had good exposure in the past and good competitions as well and I think they are quite ready for the Olympics,” Sarnobat said just days before the Indian shooters take a chartered flight to Croatia, where they will be based until the Tokyo Olympics.

The shooters will have a long training camp in the European country — sanctioned by SAI at a cost of around Rs 4 crore — besides competing in the European Championships in Osijek (20 May-6 June) and the ISSF World Cup (22 June-3 July).

“There’s a really big difference between when I was a junior shooter and these young shooters when they were in the junior ranks. There is a huge difference between shooters of my generation and the younger ones. They are more ready than we were as juniors 10 or 15 years ago. This generation is really different. This generation is really talented. They’re really confident,” said Sarnobat, who admitted that there were days when she asks them for advice or their opinion.

“They respect their seniors and are willing to learn from us. But they also believe in themselves equally. They do not see themselves as a weaker part of the team. They’re equally confident about their performances and have clarity about their technicalities. There’s a huge difference between our generations. They’re much more ready than we were as juniors 10 or 15 years ago,” she said.

Since Rajyavardhan Singh Rathore’s silver medal at the Athens Olympics, Indian shooters have returned with medals at every edition of the Games, until the disappointing Rio Olympics, where the shooters returned empty-handed. But with the success of Indian marksmen at World Cups, World Championships, Commonwealth Games and Asian Games since 2016, the pressure on the 15-member contingent will be higher than ever before.

“Expectations come from past performances. I give the credit to our youngsters rather than the seniors. There are expectations from us at all events now. The way we’re going, I’m sure these expectations will be fulfilled at Tokyo,” she said.

Going into Tokyo Olympics, Sarnobat has come a fair distance from the young shooter who was overwhelmed by the aura of the Olympics.

“I want some pressure on me. Without it, I cannot perform. My experience says I perform much better under pressure. I like that feeling of responsibility and expectations (from me)… I really enjoy being under pressure as that is how I can bring the best out of me. We also do have some expectations from ourselves,” said Sarnobat.

Sarnobat also revealed that while she does consult sports psychologists once in a while, those sessions end up reiterating that she’s psychologically on the right track.

Highlighting her mental toughness under pressure, she said: “At the Asian Games in 2018 (where she became the first Indian woman shooter to win an Asiad gold) my qualification score was not that great. I felt that I wouldn’t make the cut for the final. When I did make the cut, I realised that it was nearly after three years I had qualified for a final of a big event. In that phase, I wasn’t shooting for a year and when I was I didn’t qualify for any finals. Until then, I knew that the finals were my forte. But after not competing in finals for three years, I had no clue where I was in terms of handling the pressure. On top of that, my coach was also new. But I believed in my technique.”