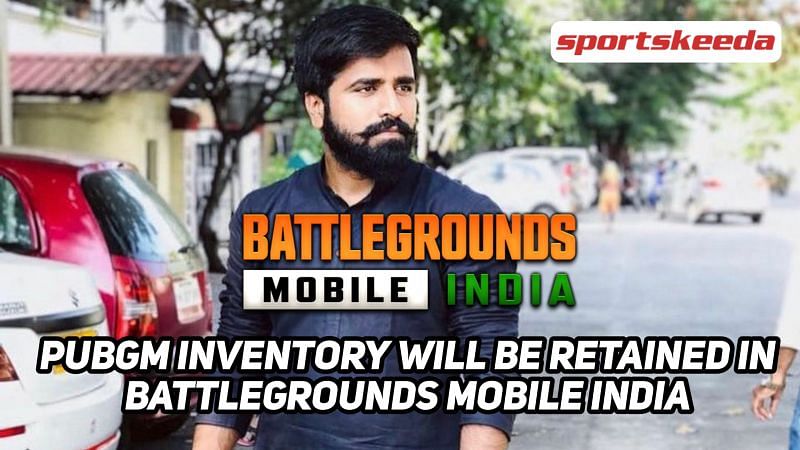 PUBG Mobile players will get their old Inventory back in Battlegrounds Mobile India account, according to TSM Ghatak

Ghatak, a professional Indian PUBG Mobile player in one of his videos, has stated that Indian players will receive all the items back in Battlegrounds Mobile India that they earlier possessed in PUBG Mobile

Krafton announced that Indian PUBG Mobile fans were waiting until May 6th, 2021, as they unveiled their upcoming title, Battlegrounds Mobile India, exclusively for the Indian region. Soon after the announcement, a teaser was released, and since then, the developers have revealed the logo and multiple artworks.

In an Instagram story, Ghatak asked players to send him their queries regarding Battlegrounds Mobile India. He said that he would be making a dedicated video for the most frequently asked questions.

This video has been published today on his YouTube channel, in which he answered some of the questions put forth by the players.

He stated the following about the old accounts:

“One of the most asked question was about the old accounts and what would happen to the inventory and other items. There is good news for them as all the investments players had made in the game will be retained in Battlegrounds Mobile India account as it is. So, chill and enjoy.”

Meanwhile, he said the following regarding the pre-registration.

“Pre-registrations are going to commence soon and Krafton will provide rewards to users that have registered themselves once the game is released. It could include UC, outfits, skins or anything else.”

In the video, he spoke at length about matchmaking being restricted only to Indian users, restrictions on users under 18 years of age, and the future Esports scenario.

As announced by Krafton, Battlegrounds Mobile India will be featuring its own Esports ecosystem with leagues and tournaments.