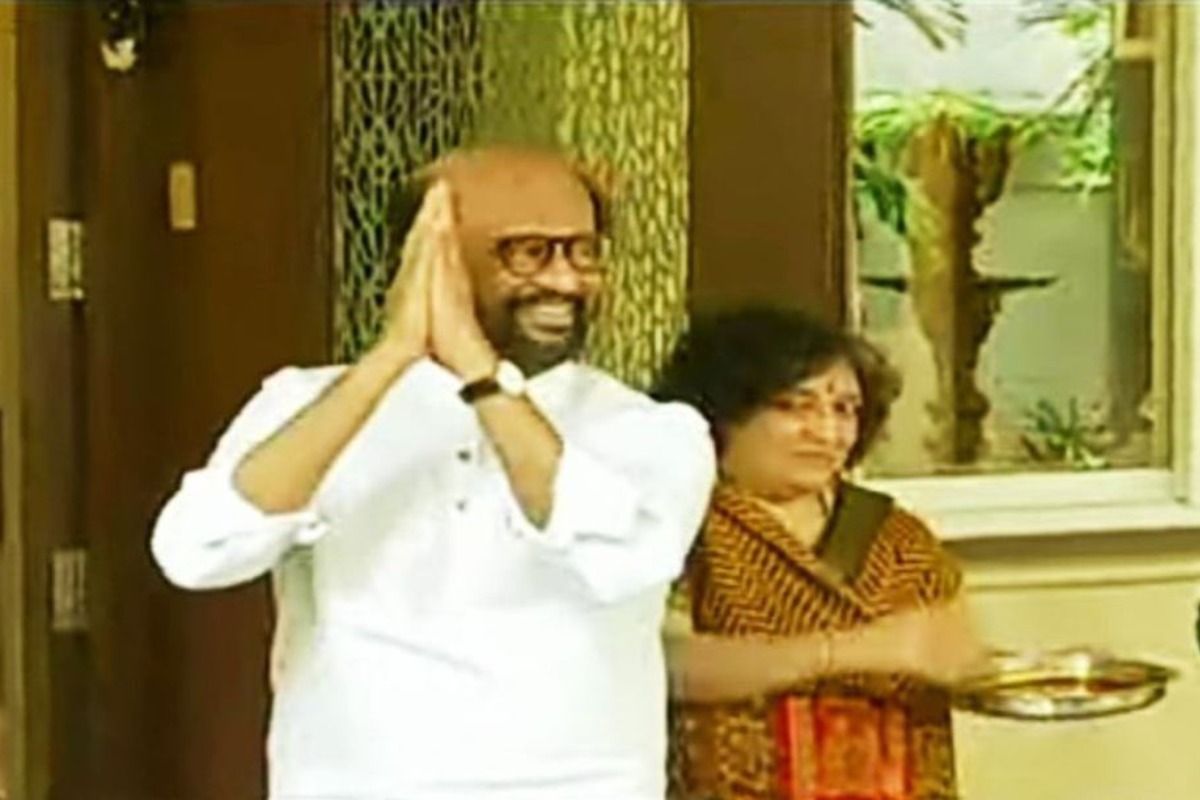 Chennai: Superstar Rajinikanth has returned to Chennai after completing the shoot of his upcoming film, Annaathe in Hyderabad. The actor was spotted outside his home and the video soon surfaced on social media. In the video, Rajinikanth can be seen getting out of his car and waves at the paparazzi while his wife Latha welcomes him home with a traditional aarti. Also Read – Flipkart to Ramp Grocery Ops For Contactless Doorstep Delivery

A source told Times of India, “The team of Annaatthe had taken a break after few members of the crew tested positive for COVID-19 a couple of months ago. They then resumed shoot at a studio in Chennai and headed to Hyderabad for a long schedule in April. While Rajinikanth had been there for almost a month, Nayanthara had also joined them a few days ago. Now, the Superstar has completed his portions in the film; he shot the last few scenes today. He will be returning to Chennai now. However, the rest of the cast and crew are still there and they will come back to the city by the end of this week.” Also Read – Hyderabad Liquor Shops See Mad Rush Minutes After Telangana Lockdown Announcement

“He is likely to head to the US in June, where he will undergo a medical examination. He will be joined by daughter Aishwaryaa, son-in-law, actor Dhanush and their kids. Dhanush is shooting his Hollywood film there”, the source added.

As per the TOI report, Rajinikanth will soon start dubbing for his portions in a city studio later this week.

Annaatthe is helmed by Siruthai Siva and features Khushbu, Nayanthara, Meena, Keerthy Suresh, Prakash Raj, and Soori in important roles. D Imman has been roped in to compose music for the project.