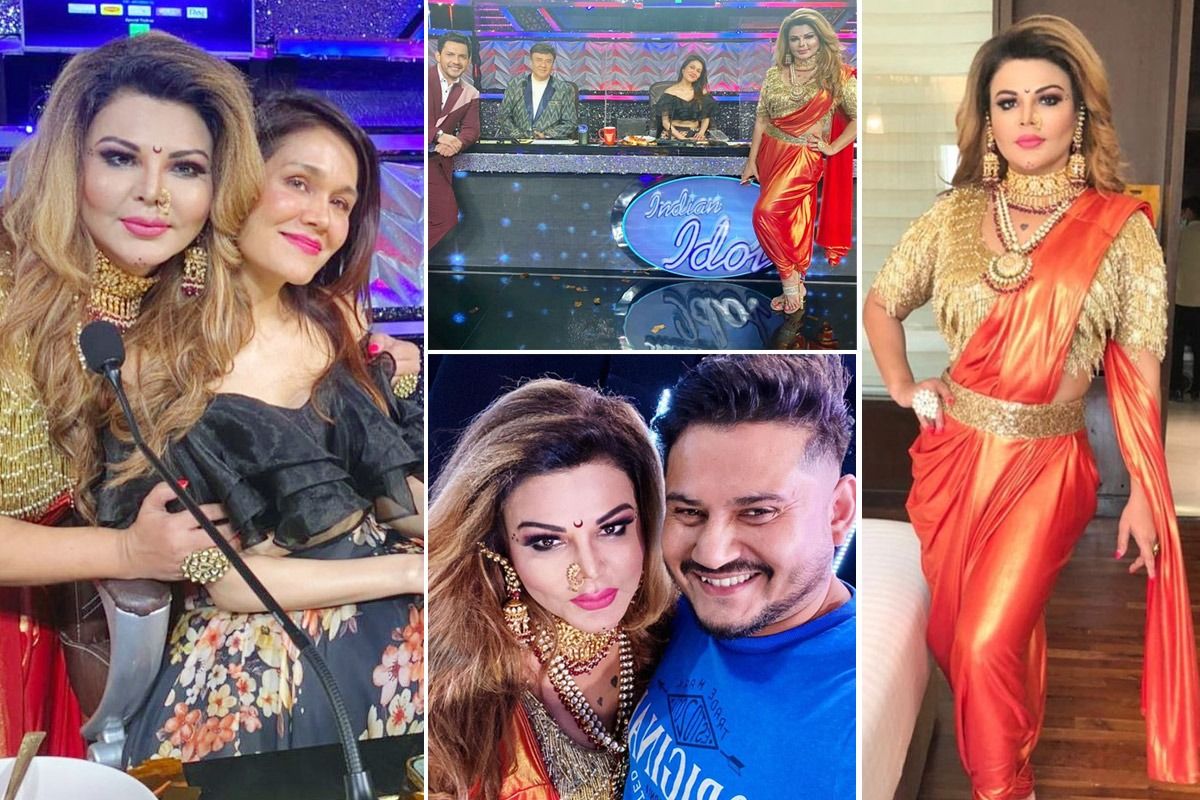 Daman: Indian Idol 12 has always managed to grab eyeballs with its interesting celebrity guests. From Asha Parekh to Rekha and Kumar Sanu to Neetu Kapoor, the singing reality show has always been entertaining. The latest celebrity to join the bandwagon is Bigg Boss 14 contestant and controversial queen Rakhi Sawant. The actor flew to the shoot location and shared how excited she is to feature in the upcoming Indian Idol 12. Posting a picture from the sets of Indian Idol 12, she can be seen posing with host Aditya Narayan and judges Anu Malik and Sonu Kakkar. She had also posted her many pictures flaunting her outfit of the day. She can be seen clad in a shiny orange saree cinched at the waist with a belt, a golden blouse, accessorised with Maharashtrian nathni along with other gold jewellery. Also Read – Mini Mathur Calls Indian Idol 12 a ‘Toddler’, Refuses to be a Part of The Show Again

Sharing a video, she wrote, “Hey guys, look where I am! I am on the sets of Indian Idol. It’s so exciting. Wow! I enjoyed myself a lot. My episode is going to come soon, so get ready to watch it. Dhamaka honewala hai!”

Rakhi Sawant finally returned to television screens with her appearance on Bigg Boss 14. After her stint on Bigg Boss 14, she is often seen interacting and sharing her opinion on relevant topics. Her mother is suffering from cancer and recently underwent surgery for the same.

Indian Idol 12, on the other hand, is embroiled in controversy after Kishore Kumar special episode aired on TV screens. His son Amit Kumar, who was the guest celebrity on the show, claimed that he was asked to praise all the makers’ contestants and did not like it.