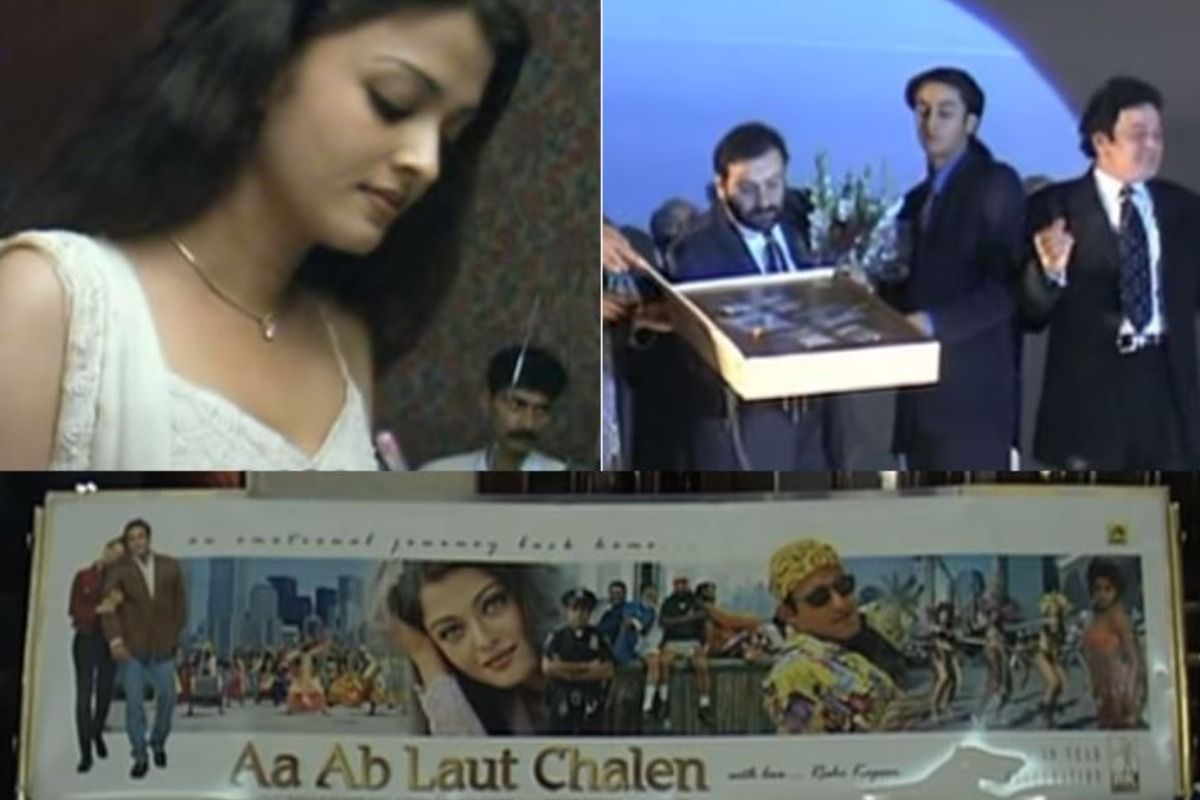 Mumbai: An old video of young Ranbir Kapoor is doing rounds on the internet where he is seen attending the music launch of Aa Ab Laut Chalen in 1999. A fan account of Ranbir Kapoor shared the clip which has gone viral. In the video, Ranbir in his teens can be seen posing on the stage with his father Rishi and uncles Randhir Kapoor and Rajiv Kapoor, who co-produced Aa Ab Laut Chalen. Ranbir in his teen looks unrecognizable. The clip also features Aishwarya Rai Bachchan and Suman Ranganathan. Rishi Kapoor made his debut as a director in the film. Also Read – Jodhaa Akbar Set Caught Massive Fire in Karjat, No Casualties

Aishwarya can be seen signing autographs for her fans at the music launch of the film. She looked beautiful in a white strappy ethnic suit. She is also giving an interview at the event. While sharing the video, the Instagram page captioned: “The audio release of the last production of R. K. Films. #AaAbLautChalen directed by #RishiKapoor in the presence of young #RanbirKapoor Courtesy: Wild Films India #QueensBollyVideo.” Also Read – Remembering Rishi Kapoor: Funny Tweets by Chintu Prove he Had The Best Sense of Humour

Have a look at the viral video:

In 1993, Ranbir Kapoor was 17 years old. He has worked with Aishwarya Rai Bachchan in 2016’s Ae Dil Hai Mushkil by Karan Johar.