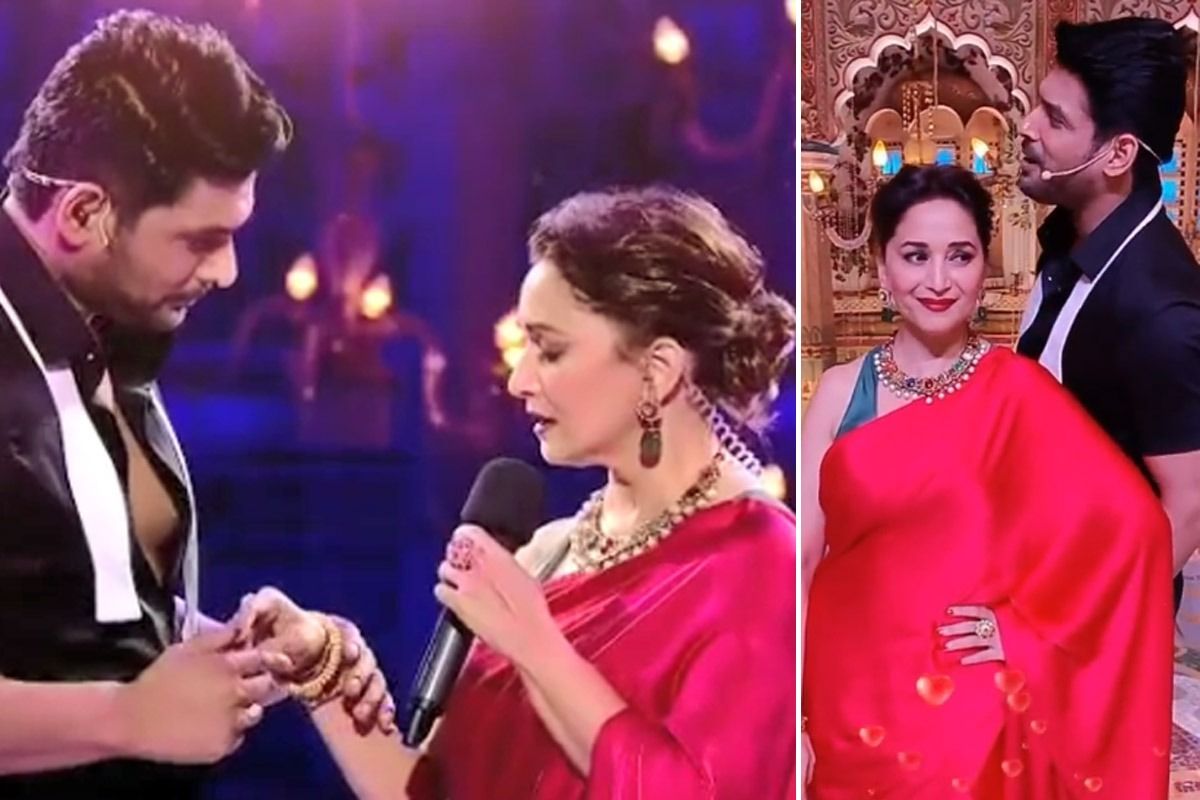 Umergaon: Sidharth Shukla is all set to get his romantic hero mode on as he features as a guest on Dance Deewane 3. The Bigg Boss 13 winner will be seen promoting his latest web series Broken But Beautiful 3 on the dance reality show. The actor will also be seen recreating and grooving with judge Madhuri Dixit on her iconic songs and scenes. Also Read – Sidharth Shukla-Madhuri Dixit Turn Jackie Shroff-Dimple Kapadia As They Groove To Tera Naam Liya – Watch

While Madhuri looks ravishing in a red saree teamed up with a couple of accessories and dey makeup, Sidharth looks hot in a black shirt with upper buttons loosened up. Also Read – ‘It’s Very Bloody Unfair’: Anubhav Sinha on Kartik Aaryan’s Ouster From Films

Earlier, a video of Sidharth and Madhuri went viral where they can be seen dancing on Ram Lakhan song ‘Tere Naam Liya’.

The duo will be reuniting on-screen after almost eight years. They last worked together on the celebrity dance show, Jhalak Dikhla Jaa season 6, where Sidharth was one of the contestants while Madhuri was a judge.

Dance Deewan e 3 launched in February with Madhuri Dixit, Tushar Kalia, and Dharmesh Yelande as judges and Raghav Juyal as the host. The one-of-a-kind show allows dancers of all age groups to compete on one stage – below 15, till 30 and above 35. After shootings were stalled in Maharasht6ra, the team shifted their base to Umergaon.