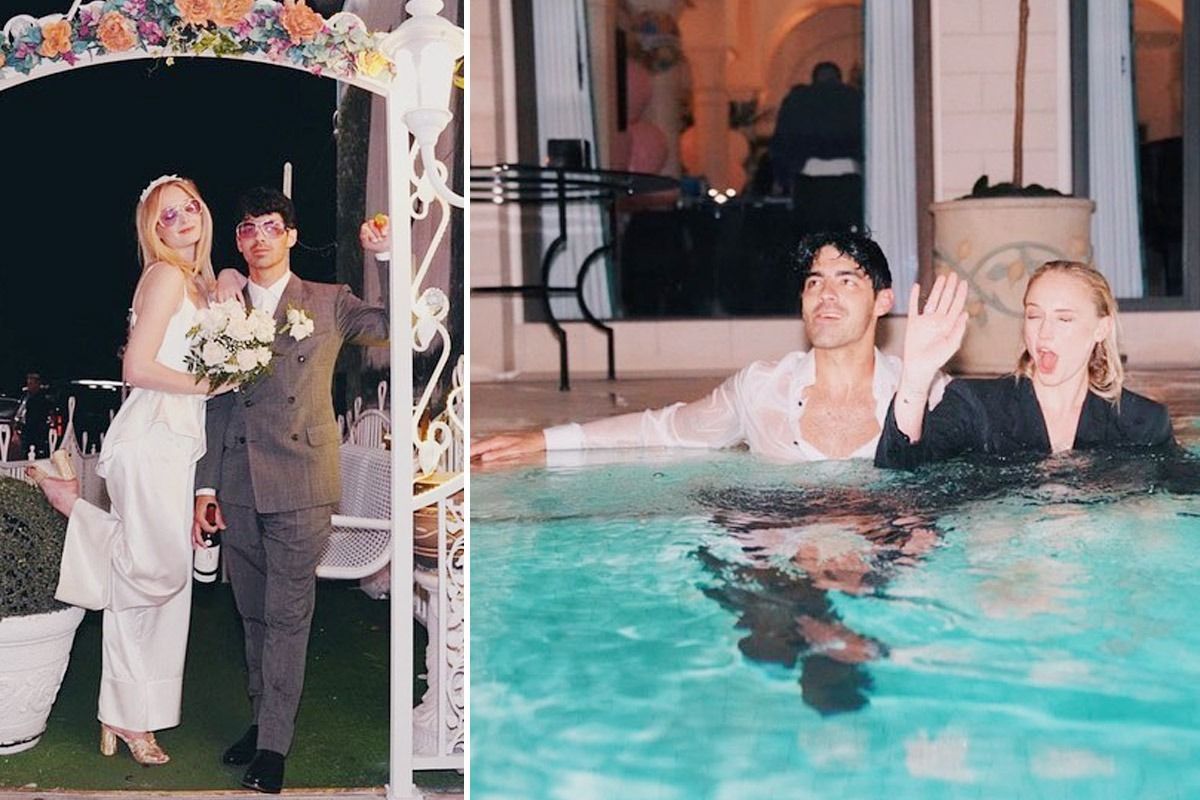 Sharing the photos, Sophie wrote, “Happy 2 year Vegas Wedding anniversary to this big ol hunk of man meat.” In the pictures, she and Joe are seen taking a dip in the pool, with their clothes still on. They are also seen goofing around, kissing as newlyweds, and turning DJs at the after-party. In one of the photos, Sophie is also seen by the other ‘J-sisters’, Priyanka and Danielle Jonas. Priyanka and Sophie are also seen wearing white bathrobes. Also Read – List of Bollywood Celebs Who Are Helping People in Fight Against COVID-19

Check Out The Photos Here:

Joe also shared similar pictures on his Instagram handle, as he wished Sophie, “Married as F@$K for 2 years! Love you bub @sophiet.”

Earlier, Priyanka had told People magazine, “All I can say is it’s such a Joe and Sophie thing to do. I mean, trust them to pull something like this off. They’re so carefree, so fun, and this is so representative of who they are, you know? It was just so special to be there.”

For the occasion, Sophie dressed up in a traditional white bridal gown with a veil as Joe suited up in a grey outfit with a white shirt. One can also see an Elvis impersonator in the background as the stunning couple prepares to take their vows. The couple followed it up with a formal ceremony on June 29 in Sarrians in Southern France which was attended by their family and close friends. The couple are now p[roud parents of their little daughter Willa.