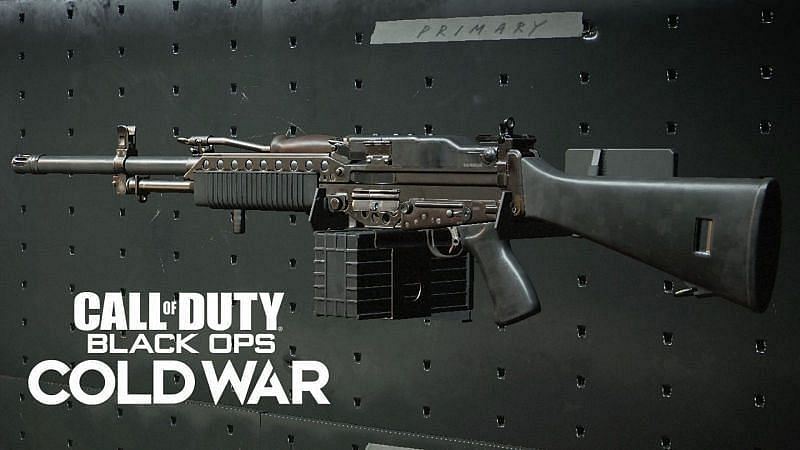 The M60 in Call of Duty Black Ops Cold War Season 3 can be a great gun for players who don’t care about moving fast as opposed to hitting hard.

Like other Light Machine Guns, the M60’s strength is the damage output. It can kill enemies from a short-mid range in only 3 shots. The way players are going to want to use the M60 is by playing a bit slow and holding those choke points. Here is the best loadout for it.

A decent zoom can complement the M60 really well. Considering the playstyle most users of this gun will be using. Being able to enhance the view for longer shots can lead to some pretty impressive kills. It won’t beat a good sniper, but most other guns that try to challenge from range will have trouble out-damaging the M60.

This attachment is going to seriously buff the M60’s kill potential. The 22.8 Task Force increases damage output in Black Ops Cold War by a good margin. This is going to make the M60 become even more threatening at all ranges.

Any Light Machine Gun can use lower recoil in Black Ops Cold War. The Field Agent Grip simply makes handling a little bit easier, which will come in handy at longer rangers, where the player might need to keep a steady aim to finish an enemy off.

The M60 really benefits from having a large volume mag. Players of this gun are going to be firing off multiple shots, so they will need the size of the 100 Rnd Speed Mag.

This attachment increases the speed at which the player aims down sights. Quick ADS time is great with any Light Machine Gun, or any gun in Black Ops Cold War period. M60 users won’t be moving the quickest, though, so fast ADS is extra welcome here.

This attachment is just here to increase sprint to fire time. Even though defensive play is encouraged with the M60, that doesn’t mean that players won’t find themselves in close quarters situations, in which good sprint to fire time really helps.