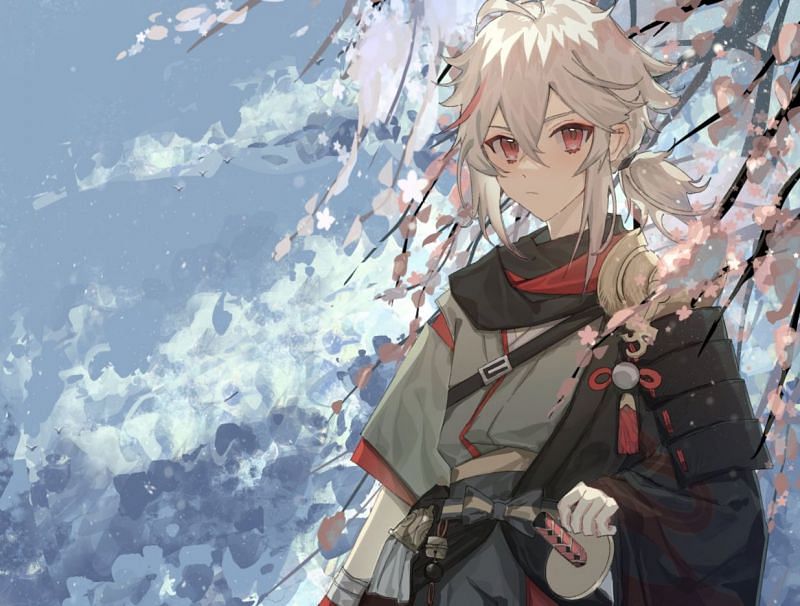 There has been a lot of buzz about the Genshin Impact 1.6 leaks.

There are new weapons and enemies to discuss. Regarding enemies, there will be a new set of Samurai that players will be able to fight in Inazuma. The two Samurai enemies are known as Samurai Kairagi and Samurai Ronin, with the latter enemy using a crossbow. Speaking of weaponry, there are also some new weapons for Genshin Impact fans to look forward to according to the 1.6 leaks.

For clarity’s sake, all of the leak details will be separated into their own headers down below.

Both Kazuha and Klee are five-star units, so they won’t both be promoted on the same banner. If a Genshin Impact player wants either unit, they should remember the dates listed above.

There are three new weapons worth discussing from the Genshin Impact 1.6 leaks. The first new weapon is the Mitternachts Waltz, which appears to be a weapon related to Fischl. It has a similar color scheme and name to her, whilst even invoking the theme of night and fantasy. Plus, Evernight Duet includes the word “duet”, which would include two people, possibly Oz and Fischl.

Not much else is known about how to obtain this bow.

Dodoco Tales is going to be a new four-star Catalyst, which will apparently be a reward from the Ludi Harpastum Event chain. It looks like something Klee would use given the similar markings, but it is usable by any Catalyst user.

This weapon would work terrifically with Yanfei, given her niche largely revolves around normal and charged attacks. It would likely be a less than desirable option for other Catalyst users.

As Freedom-Sworn is a five-star sword, it’s only appropriate that its description will be massive. Increasing DMG by 10/12.5/15/17.5/20% is a great feat to have for a weapon in Genshin Impact, but that’s not all it does.

If a character wielding this weapon triggers an Elemental Reaction, it will give them a stack, which can only happen once every 0.5 seconds. If they have two stacks, the stacks will be combined to give the party a 12 second buff. It should be noted that players won’t be able to get these stacks for another 20 seconds.

Note: These effects do not stack with identical effects.

[1.6 Render] Samurai Kairagi & Samurai Ronin.
According to the model name “Eff_Monster_Samurai_Ronin_Shoot_Aim”, Ronin uses a crossbow (will be posted a bit later).
For now, they don’t seem to have textures.

Given their appearance, one should expect to see them in the Inazuma region, considering Inazuma in Genshin Impact is based on Japan in the real world. It is too early to tell if these enemies will be added to other areas for Commissions or other activities (like Spiral Abyss).

Other 1.6 leaks in Genshin Impact

From the same source as the Maguu Kenki fight, a look at the 1.6 islands. It appears for now at least these are on a separate map from the main world with its own load-in icon. Captures are again not from an official beta. pic.twitter.com/m6s67Rm3jb

Naturally, all of the leaks listed above aren’t the only talking points amongst the Genshin Impact community. There are also new maps, how Inazuma is going to look, new storyline elements, and other fascinating topics for Genshin Impact players to discover.

If Genshin Impact players are interested in reading more about the new map and skills, they should click here.

Finally, if Genshin Impact players are interested in reading about the costume system that’s been leaked, then they should click here.