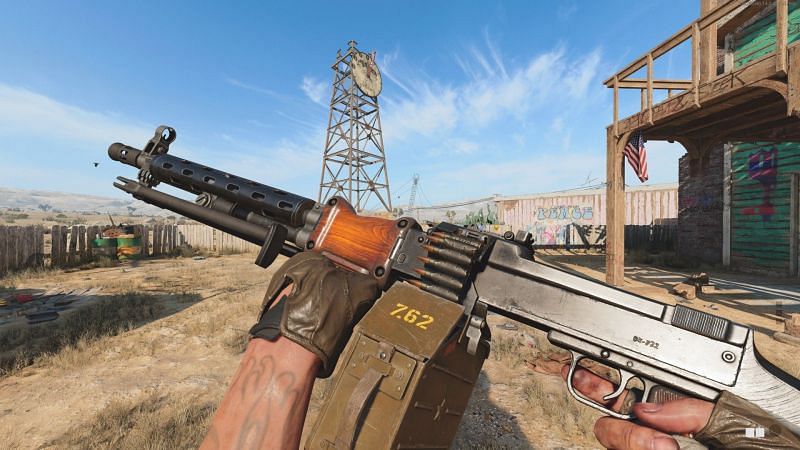 The best RPD loadout in Call of Duty: Warzone Season 3

Light machine guns have taken a huge hit in Season 3 of Warzone, but can still be utilized over some other weapons.

The RPD is one of the most infamous guns in Call of Duty history. It, and other Black Ops Cold War LMGs, tore up Warzone after they were introduced into the game.

With the Season 3 tweaks, though, many players are worried they won’t be viable any longer. With a solid loadout, the RPD can still shred enemies and has proven to be a solid LMG pick in the battle royale.

The best RPD loadout in Call of Duty: Warzone Season 3

The RPD is known for its incredible power and reserves of ammunition for Warzone players to mow down hordes of opponents. Of course, as an LMG, the RPD has awful mobility.

The best loadout for the RPD in Warzone will work on its mobility issues. It will also help players manage recoil, allowing the weapon to be more accurate and take on enemies from mid to long range.

The 20.3″ Match Grade barrel reduces sprinting move speed by a low 5%. The increase is seen in effective damage range. It boosts it by 100% to allow the RPD to fight at any range in Warzone.

The Hawksmoor is a solid optic for the RPD. It provides a 1.37x magnification. This allows for some precision across a multitude of ranges, giving the RPD a sight to dominate with.

The Tactical Stock attachment has no negatives. It only does good for the RPD. Aim walking movement speed is increased. This allows the RPD a bit more mobility in Warzone.

While sprint to fire time is taken down a bit with the Spetsnaz Field Grip, aim down sight time receives a boost. Along with that, flinch resistance gets an 80% boost to allow RPD users to keep their focus on the enemy even under fire.

Finally, the Infiltrator Grip does more good for the RPD’s mobility in Warzone and Verdansk ’84. Movement speed, shooting move speed, and aim walking movement speed all receive a 5% increase.